We arrived at 6h00pm at the restaurant. We ordered at 6h30pm. It took 1 hours and a half to get our plate. We got out at almost 9h00pm. Unbelievable.

For the price, the food was very dissappointing. Lets talk about the general tao for example. It cost 15$ for the plate. My friend had 6 chuncks + a kids size steam rice. I had the singapour noodle. It was so spicy that ive tooked 3 bites and it was enough. Portion wise, my 2 years old kid woulf have ate it all. It was small. The shrimp was a little underdone. And it was written on the menu that it was suppose to have bbq porc in it. Ive found 3 littles pieces of it.....

The wonton soup (3 ball of wonton) was 5$ if im not mistaken. Too expensive.

The waitress told me that they were famous for their eggrolls. Ive decided to order one. When it came (almost 20 minutes after), i took a bite. It was like eating a teaspoon full of salt. Disgusting. And each cost around 3$.

My perception of this restaurant is that they want to pretend to be a classy chinese restaurant with high prices for their plate. I rather go to another place and pay 8$ for a plate and be full rather that paying 15$ to eat there and go to McDonalds after for a cheese burger because i was still ungry.

And they have their "table du chef" instead of the "table d'hôte". Each plate cost around 15$ and there is no rice or noodle that comes with the plates.

And btw, for dessert, they are selling a bowl of ice cream for 5$ !!

So, there is planty of other restaurant that the plates cost less and that its way better.

I am not recommending this place.

I've been going to Yangtze for over 50 years, and never ate anything to ever complain about. Alarm bells go off when the reviewer has absolutely nothing good to say, only complaints that are too numerous to logically be possible. If I never had a dish that I truly didn't like in all these years, how is it that you found 12 things to complain about in just ONE visit? Their famous eggrolls are SECOND TO NONE, and anyone I know who has ever gone to Yangtze feels the same way, so I'm not the only one. I've never tasted a Yangtze egg roll that I didn't love, and was too salty. Talk about fake news!

My guess is that you are a professional complainer who never likes anything, and makes sure that those around them hear nothing but bitching, and that are certainly no joy to be around. And when a restaurant unjustifiably receives a bum review like yours, it most certainly costs them business and affects their reputation.

By the way, go back to kindergarten to learn how to spell and use proper grammar. Good luck to them.

AND ALL YOU YANGTZE LOVERS OUT THERE, try to give Yangtze as much take-out business as possible to help them survive these trying times (or in the dining room if government regulations allow it.)

If there was an option for ZERO star i would freaking give it. I ate my food with disgust and utter anger. i ordered for delivery and mentioned three times to type on the apt code. They did not consider this when delivering and buzzed again and again like freaking ill mannered people!!! I went to open, saw that he was the delivery man was compassionate and understanding. But then, the delivery man had the utter gut to be really really rude to me as if it was my fault. No customer service at all!!!!! Food was blend except for the veggie rolls. I am never going to order with them. I am the type who stays very faithful and order everyday out to eat- and believe me- its not about the money- but id rather spend the same but interact with MANNERED people and for BETTER food Quality!

I had long heard about the supposed resurrection of the iconic Yangtze restaurant, I greatly looked forward to a takeout meal here.

To be clear, this was a takeout. I found the restaurant clean and quiet. The takeout order went without a hitch.

Some have said the the portions were tiny for the price, I could not agree more. At $34 plus tax for a takeout for two ( the website said $32 ), I found it very expensive.

They give you 3 egg rolls per person, presumably because the takeout does not include the won-ton soup. I found the egg rolls to be the best part of the meal, the skins were flawlessly fried to a golden brown, and the filling was tasty and had good texture. My wife thought the egg rolls lacked on the pork inside the filling, but I thought overall the taste made up for this.

The chow mein was ordinary, and a bit too watery. The rice was ok, but way too small. The pineapple chicken was a nice red color and decent, but I counted about 8 small pieces of breaded chicken, WAY too small for a supposed meal for two. The dry garlic ribs were closer to a portion of 2, but they were ordinary. The rib pieces were small and a bit fattier than I would like, and the dry garlic sauce was too watery.

In short, the quality was ordinary and at close to $40 with tax and tip, the portions were hugely disappointing. At $40 for takeout for 2, Montrealers have many more better options fortunately.

I will try their sit-down menu one more time, but I do not recommend the takeout for quality/value.
Gene

I brought my bird to the vet nextdoor and my friend and I got hungry, so we decided to go for something close by; Yangtze. I ordered their eggrolls and salt and pepper calamari as appetizers; they are definitely the best eggrolls in town! As for the calamaris, they came with onions and peppers as bedding and the portion was beyond generous; so much that we had to put it aside to make room for the cantonese chao mein; everything was so fresh and tasty- vegetables were crunchy and cooked to perfection. I will definitely go back!

Eggrolls #1 in Montreal. General Tao has more meat than batter; something you rarely get in montreal asian cuisine. Lychee Curry duck was a very creative dish; you get the subtle spiciness from the curry and a fruity kick from the lychee.

This restaurant serves one of the best Chinese food I've ever had; the quality of the ingredients is beyond what is normally served. And the waiters know how to build the menu for you, as long as you ask for their help. Most of the negative reviews I've seen are about people complaining about the cost of this place in comparison to their previous location; that's primitive thinking - things change, cost of living change. anyway; food is great, service is great, atmosphere is fancier than the previous yangtze. As the waiters explain, each section has its own specialty ; a la carte is the way to go!

I was tempted by the lower cost of the combo menus, but considering that it was valentines day, i didnt want to cheap out.

First time eating from this place (we did delivery) - Quite disappointed.

Average main course = $15...that's about 30% to 40% higher than most chinese places in the area. For 3 people we ordered 5 dishes, we only had a little left so we didn't over order. Price including tax was $85....ouch! For Chinese delivery?

Portions: Smaller than what we get from other places. And there was very little meat (chicken and beef). For that money, I expect a lot more protein

Tip: this was the icing. The delivery guy was quite unpleasant and drops off 1 bag...we were surprised that $85 all fit into 1 relatively small bag. I gave him a standard delivery tip ($3 to $4)...same as I give to a pizza guy for which I pay $20. He hummed and hawed then said "normally it is 10%". WTF? Don't question my tip and delivery people don't get % of sales!!!!

We won't be returning.

Probably the best egg rolls and sweet and sour soup all around. The General Tao chicken was a bit bland, but was a generous portion and the chicken was truly succulent. My companion's shrimp with lobster sauce was more like a huge soup; the shrimp were excellent and the portion generous. Service was excellent! We will most definitely return.

We ordered at 6:30 p.m. last night and our order came at 9:00 p.m. I called many times to inquire about our order and was put on hold. I called again at 8:00 p.m. and finally someone responded - I was told the order had left already. When I confronted the delivery person, he said he only picked up the order at 8:40 p.m. and I would tend to believe him because the food was piping hot.

Although I can appreciate that it was New Year's Eve and restaurants are busy, a small delay would have been acceptable... (BUT 2 HOURS!!!) and do not AT ANY TIME LIE to your customers. If the kitchen cannot handle the in-person reservations and all the incoming delivery orders at the same time, perhaps not making deliveries last night would have been the best decision to make rather than thoroughly disappointing and pissing off customers on New Year's Eve.

Our evening plans were completely ruined as a result of my choice of restaurant. We shoved the food into our mouths and had to leave...and all I can say is NEVER AGAIN Tchang Kiang!!!!!. I almost wish that we had left and the food was returned back to the restaurant, then you could have served it to some unsuspecting restaurant patron I suppose.

Still serves American-style Cantonese and imitation Schezwan. The food is overcooked and flavourless. Even the eggrolls were hard. I came in with high hopes for this restaurant because of the decor and the new name, but it is still the same old Yangtze. The restaurant seems to cater to a certain clientele. I did not see any young people when we were there.

Had the general tao chicken, not very good as it had an odd taste and not crispy. Tried the Singapore noodles and i was not at all impressed. Spent $60 and it was worth $5 (maybe). Not even worth the trip. I would choose thai express over this and i hate thai express.

Excellent service. Friendy staff.
We were 5 people who love to dine out and found that the food was awesome. We all had different dishes, there was no left overs like there is usually is with oriental food.
I would definately recommend it.

27 janv., 2014
Signaler
Répondre
Réponses (1)
Better get your palate checked. Its not that great. 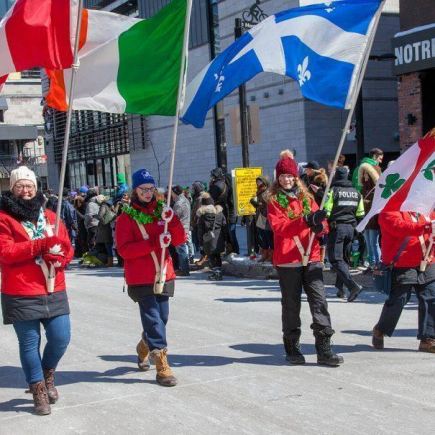 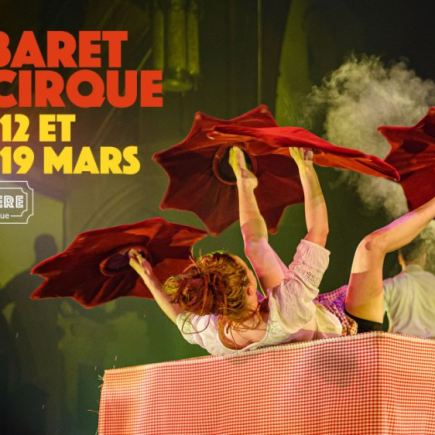 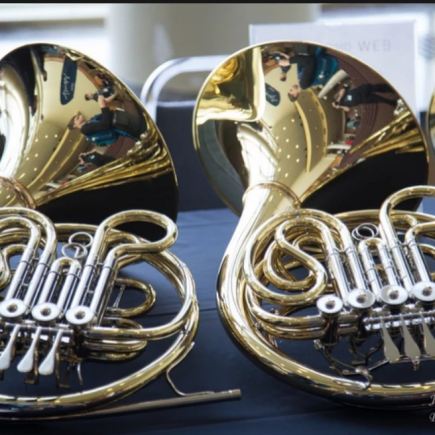