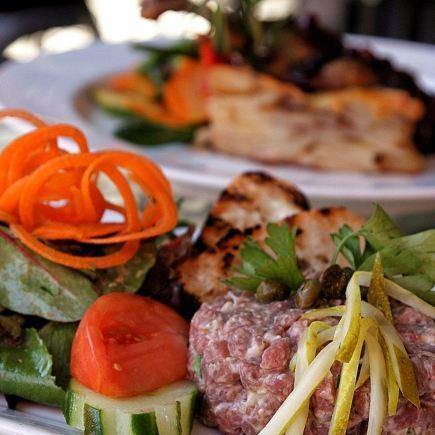 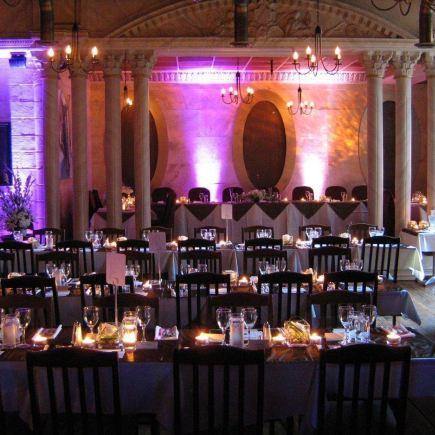 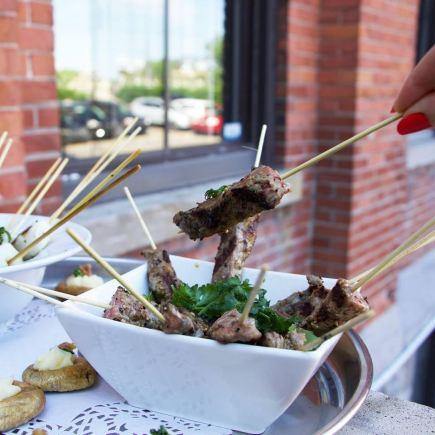 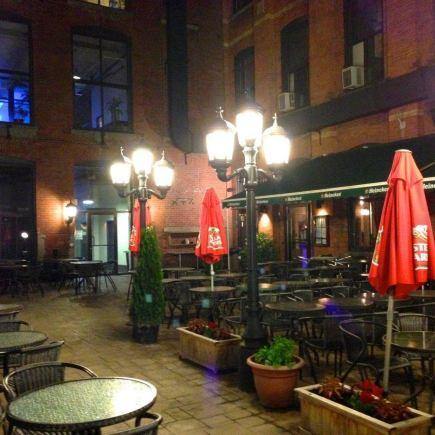 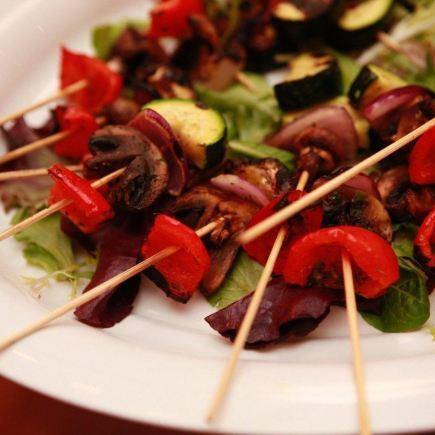 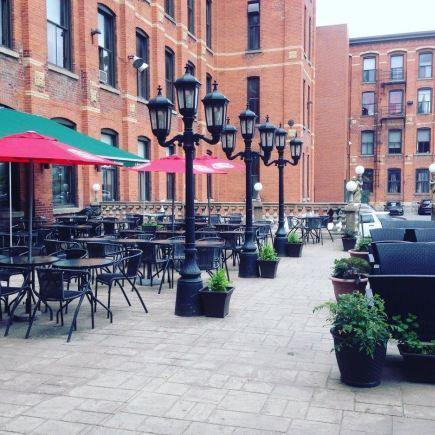 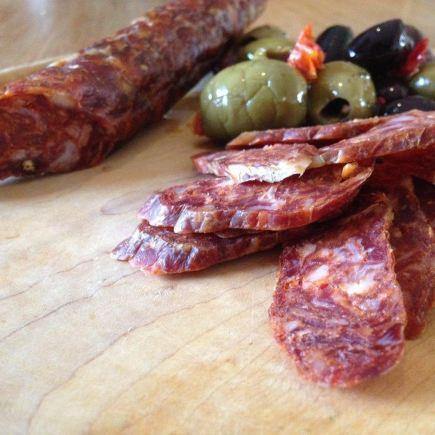 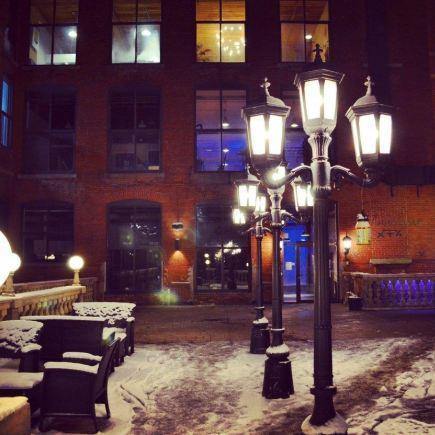 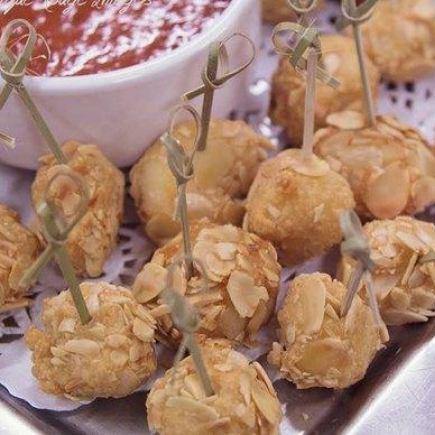 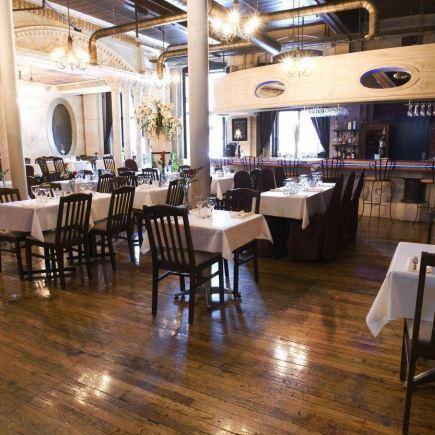 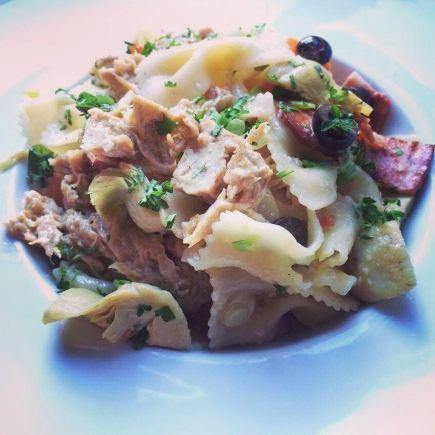 3.8 / 5
❝ Review If you're looking for the perfect wedding venue I highly suggest L'Ambroisie restaurant. They are very accommodating, staff is super friendly, our guests loved the food. The event coordinator, Alexandra is quick to reply and will answer every and all questions you have throughout your time planning.... ❞
Donnez votre avis

Our menus are constantly renewed, according to the seasons and inspirations. 
If you're looking for the perfect wedding venue I highly suggest L'Ambroisie restaurant. They are very accommodating, staff is super friendly, our guests loved the food. The event coordinator, Alexandra is quick to reply and will answer every and all questions you have throughout your time planning. She is amazing and was so helpful in this process. I never had to stress with anything about the venue and that's all because of how confident I felt with Alexandra.

You have 3 options where you can do your ceremony. Inside the restaurant, outside in the terrace, or outside in their beautiful garden.

Again, if you're looking for an amazing place to hold your ceremony and reception then Restaurant L'Ambroisie is the place to do it!!

Group of 35 guests.
The venue is interesting but the food was not good and the service wasn't good either. They seemed very inexperienced. There were no glasses on the table nor wine which we pre ordered. We had two checks. One for the bar bill and one for the restaurant so I think the two are separate and this could have caused some of the issues. One of two appetizers was also the side with the entree. The beef Wellington was under cooked and very soggy. Not appetizing at all. Also service was extremely slow. I would not recommend this place ever.

Was just here for a wedding. The food was delicious and the service excellent. I am gluten intolerant and the staff was wonderful in making sure that my meal was gluten-free. The room itself is beautiful and they have a large terrace just a few feet away from the terrace. I would definitely recommend this wonderful venue to anyone getting married or organising a party.

When planning our wedding, my husband and I (American) were looking for a destination wedding. We chose Montreal based on its European flair, and stopped by L'Ambroisie on a whim after reading a review. On that first day, Kevin sat down with us and gave us the personalized visit we had been missing at the other venues. He answered our questions, and didn't pressure us into committing. After looking at other venues, we decided on L'Ambroisie. From there, Nathalie answered all my questions, even the crazy ones, with rapid response. There were no "packages" no uniform choices. It really was the only venue we visited that encouraged us to have a personalized wedding. On the actual wedding day, the staff was incredible. They were all complete professionals and the wedding went off better than we ever dreamed. We were both relaxed, happy, and actually enjoying our day. Everything that was promised to us from the first meeting came true and more. The food was fabulous, the DJ was fabulous and everyone had such positive feedback. The staff even navigated the event through a rain shower mid-ceremony. I really cannot say enough positive things about my wedding experience. Thank you all at L'Ambroisie!

I was able to visit this restaurant twice. Once for a summer wedding and the second for a Christmas party. Although the location is great and you can't beat the beautiful garden. I wouldn't recommend it for large functions. It doesn't seem like they are equipped to handle big events. Food arrived late, and some was cold. Portion sizes were really uneven. Staff were noticeable stressed and arguing a lot. This place has lots of promise, but would skip it if you are having an event.

attended a wedding at this cool little place, its tucked in an old factory in st henri. very dramatic decor with big columns and arches. the food was much better than i expected, definitly not banquet hall stuff, the duck was perfect and my dates salmon was amzing. the service was fast and efficient all through the coctail hour and dinner, and after dinner they have a disco with all the lights and a dj.
theres a big terasse that looks like it could be fun, its kind of in the parking lot but the architecture is cool and the canal is just a few meters away. this would be a great place for a small wedding or office party. i would return to a party there without hesitation.

If you get stuck in the area on a nice summer day than this is a smart choice for a tasty lunch and a cold beer. If you are into faux antique painted walls and Roman columns, than you may like dinning there too. I find the decor overwhelming. The prices are higher for dinner. There is plenty of parking in the back, you can look at your car if you are sitting on the terrace. The food was good, no doubt about it, but it was not memorable. Would I make a reservation to go back? I don't think so.

Nice resto huddled secretly in St-Henri. Had a very nice and large terrace. Service was a bit spotty, altought it was made up by a very friendly and chatty waiter. Prices was excellent for the quality and quantity of the food. I had the steak-frites. Yummy fries and steak cooked to my liking. My other dining companians all enjoyed their meals as well- mexican burrito, chicken dish and filet mignon. All in all, a decent meal in a nice location!

Location: This restaurant is located in a lovely old building right next to Lachine Canal. Parking (in the back) is plentiful and there is also a huge terrace (no view, except if you like the view of a parking). Inside the restaurant you will see huge Greek columns that are little over the top.

The food: I had the bavette and my date had the salmon. The presentation was very well done. The taste and cooking were ok. The crème brulée was supposed to by the highlight of the meal and again a little disappointed as it was just ok. All in all it was not bad, but it was lacking a certain something, a little ‘oumphf’ if you will. It was missing the kinda thing that make you wanna go back.

Service: friendly but not professional, you can see that this restaurateur is new to the business and not in full control of its offering.

My advice: This restaurant is perfect for a lunch menu and corporate functions. As for diner, the prices are jacked up by about 10$ for pretty much the same offering.

All in all: too bad the terrace is in the parking and not on the canal. Great for lunch but not for an evening date.