3.5 / 5
❝ Chops resto bar is the best kosher restaurant in Montreal by far What a menu you can't find this menu in any restaurant kosher or non kosher and all the foods sushi Chinese steakhouse etc.. are delicious... ❞
Donnez votre avis

Chops resto bar is the best kosher restaurant in Montreal by far
What a menu you can't find this menu in any restaurant kosher or non kosher and all the foods sushi Chinese steakhouse etc.. are delicious
So if you haven't been there yet you must go you pay for what you get
Whoever complains about tipping it is written all over the menu so instead of complaining just don't go

Not recommended if your a cheap miserable person

Food ok but I don't like to be obliged to give more than 21% service. ( 18% + 15,5% tax on these 18%).
This is the reason why I don't go very often there. I don't feel respected as a customer!
They should mend or replace napkins with hole inside.
Ashame! I could spend more time in this place if they acted correctly!

My experiences at this place were hideous and disrespectful.
I was ordering with my wife sushi take - away for Shabbat evening and due to allergy I specifically stated twice NOT to have Avocado.
When I came back to my hotel , I opened the order and saw that all of my Sushi rolls were with Avocado, although stating twice that I can't have it.
I called the manager of the restaurant and told him that I have an Avocado at my food and asked if he could sent a replacement. Since it was before closing at Friday he couldn't get it and sound stressed and uncomfortable, I told him that I could call 10 minutes later and so I did. After 10 minutes, he said that he is sorry but the food is locked and there is nothing he can do. This made me really stuck , I was suppose to spend the next 25 hours with only vegetables and bread that I bought at the last moment before Shabbat, and due to my religion I couldn't get a proper meal, since this restaurant serves kosher food, he knew how bad it is for me and promise me a compensation, telling me and my wife to come along at Sunday and he will take care of us. I've consulted with my wife and thought that a dinner plus a refund would be a fair deal, and this is what I told him when we finally came at Sunday.
His response was as following , and I quote : "You can choose anything from the menu" - A list of dishes with prices varies between 24 and 42 CAD . I told him that I am expecting a refund for the sushi I couldn't eat- which is exactly 36 CAD, and he said , and I quote again : "You can have only this dish, I see numbers and that is what it is worth for me". I told him that a dinner should be a fair compensation and I wouldn't think of ordering to priciest steak and drink all the bar dry, but still enjoy a dinner. My wife suggested that both of us will take a course and he was quick to fix her and told her , and once again I quote : "My apology is your compensation, I only see number and you can either take sushi at the same price again or any of the suggested one course per two person menu" . I told him that it is not acceptable, and that I staying hungry at Shabbat because of his careless mistake - he could check my reservation , and nor him or the cook cared too much to do so.
After we saw it is going no where, we asked for a refund only for my sushi , his response was that "due to the laws of Montreal he can't refund". Really? he drag us here , at the middle of the vacation, after I was hungry at the weekend , not standing on his word about getting compensation and not willing to refund us?

We had no choice and didn't want to leave our money there, so my wife ordered a course worth 28CAD and a desert worth 10CAD.

I have never experienced such a rude, arrogant , non thoughtful and dishonest service.

You have been warned, avoid this place.

I recently dined at this restaurant for a friend's birthday celebration. Normally I would understand when hosting a large group that a restaurant's service could be less than its normal standards, due to the challenge of dealing with a couple dozen people at one table. I ordered my steak and asked for it to be "medium rare", but it came medium. I asked the waitress to take it back and she did gladly (the waitress was very accommodating.) HOWEVER, her manager came back maybe 5 minutes later with the same steak, cut open, telling me it is medium rare. Then he tells me that due to lighting I can not tell but it is pink, and then contradicts himself and says kosher steaks can not come pink or bloody at all because they are kosher. Long story short, he gave me back the same COLD steak and argued with me. I was embarrassed and appalled with his reaction (being the manager). I will never return to this restaurant after being treated that way and warn anyone who plans on hosting a large party to beware!!! Given the fact that this restaurant is "known" as a steak house, I think it's ridiculous to not be able to get your steak cooked to your liking because of how many orders are coming in. THIS IS WHAT YOU ARE SUPPOSED TO SPEACIALIZE IN!!!

06 oct., 2014
Signaler
Répondre
Réponses (2)
Kosher steaks can never be cooked medium rare because in kashrut, all blood is eliminated. No need to put everything in caps and "scream". If you want a medium rare steak, go elsewhere.

A) then why would the waitress take my order and not advise me of that at the time I ordered
B) you are in a service industry. You condone treating customers rudely and with disrespect? What happened to the customer is always right? And you say to go elsewhere? This is a good business practice? Clearly you must not have much repeat business and probably rely on being part of the few kosher options in this city. What a shame

Amazing food - whether you eat kosher or not you'll love it. Very creative sushi menu and the steaks are astounding. The waitstaff is very professional, service is always great. The overall ambience is rare to find Montreal.. One my favorite restaurants for a nice meal out. Highly recommend.

We had guys night out here and overall we had a great time. For the style of the restaurant, and the quality of food and drinks I would say that it is 1 of the best kosher restaurants in the city.

We were seated right away because we reserved, and the food and drinks were delivered in good time. It's nice that the menu has asian food, sushi and regular north american food so everybody can find something they like. The sushi is good, the steaks are very good and the asian food is comparable to any classy restaurant.

The place is long and narrow so it might feel a bit small but we liked it because it was Saturday night and it felt like it was happening. I would recommend Chops and if you are a group be sure to reserve.

My friends and i ate there on saturday night after looking for a kosher restaurant after being so dissapointed in the other steakhouse we had reserved for our party. I didnt want to go to chops because of the comments i have read in the past. Having worked in restaurant alot, i know that greeting a group of over 20 persons wihout a reservation is not usual and hard for the staff. The restaurant was full so they sent us to the basement. I wasn't convinced of the rest of the night. But our waiters sayed and mitch took good care of us and made our night, service was impeccable food was amazing. We liked it so much that some of us went to try new stuff from their huge menu the next night. I would definitely recommend this restaurant. Five stars

13 oct., 2013
Signaler
Répondre
Réponses (1)
funny how after a negative comment, this pops up! so embarrassing on your behalf!!!

Been there a few times. The ambiance and mood is very nice. The first time I was there was for a party. The service was great and the food was very flavorful. The other times I went were not bad. They have a Chinese and a regular menu. Service is always so-so and it always takes a while until you get seated and served mainly because the restaurant is small and there are not many waiters. But the most recent time I went was really nothing to write home about. It took 30 minutes to be seated on a Sunday evening. We did not even get served drinks for another 20-30 minutes. By the time we were served the meal, it was much over an hour. The Chinese food had gone down in quality. The whole experience wasn't great and unfortunately, left me with a bad taste in my mouth.

I still recommend you try it out for yourself. Their regular menu is quite tasty and the restaurant is very atmospheric. 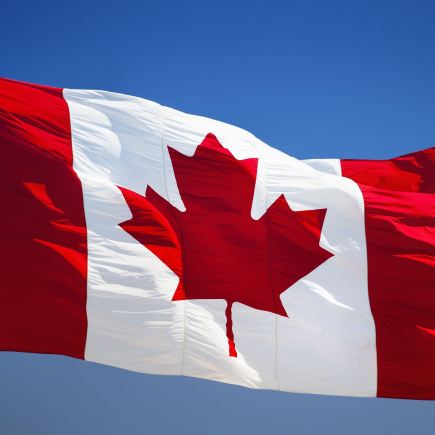