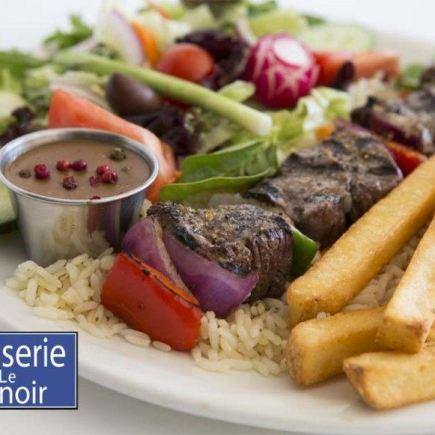 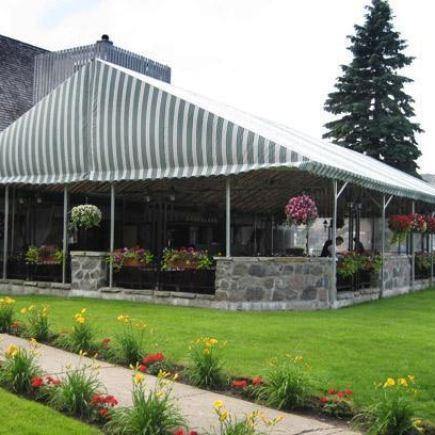 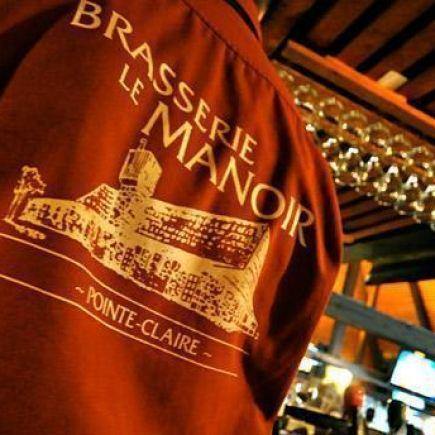 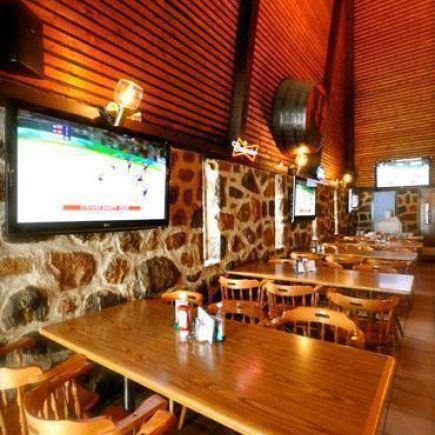 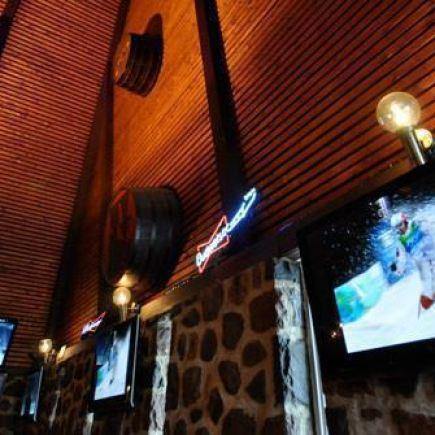 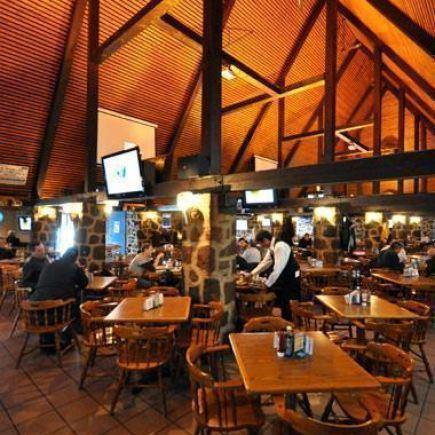 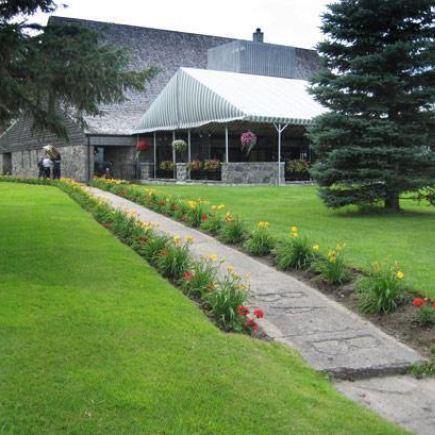 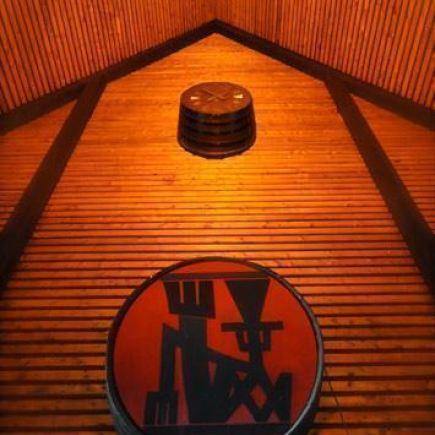 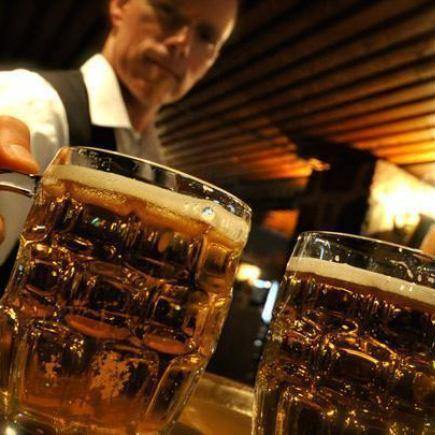 Le Manoir is a Montreal institution based in Pointe-Claire that has been serving loyal customers for two generations. Our dedicated staff aim to continue serving great food, great prices in a homy and friendly ambiance. Under new management, our new mission is to continuously improve on every facet of our service for the benefit of our new and accustomed customers by creating a memorable experience for all. Enjoy !

Capacity: 315 We accept: Master Card, Visa, AMEX, Interac, ATM machine
Good for GroupsHappy HourParking AvailablePubReservations RecommendedResto-BarTelevised SportsTerraceWheelchair AccessibleWide Beer Selection
We have a variety of wines (including house wine) that are reasonably priced.
We take reservations by phone only.
120 seats 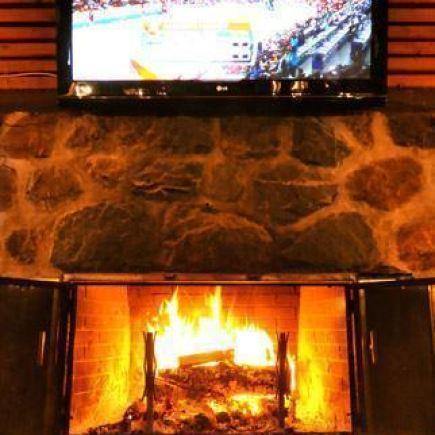 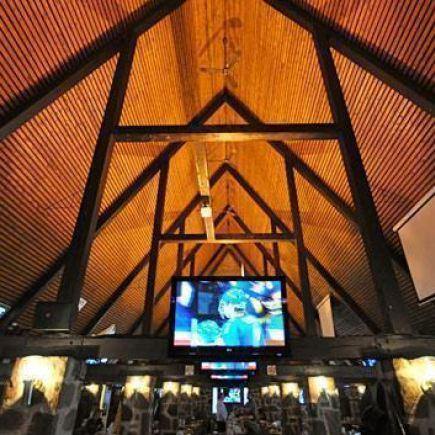 Since I was 18 yrs old Le Manior was a great hangout with high school buddies.Great food great service, I'm 62 yrs old.I would bring my softball teams. Hockey pool buddies every year several times a year.Since the new owner Peter seragakis has taken over it's not the same at all.ThE Food prices have Doubled a simple meal few years back was $36 for a couple.This year it cost me $74 + tip=$80. WTF. That's it.Done ! Me and my 15 pool members won't be back EVER .Too expensive.Food was always affordable.a beer is $8 plus Tip.....2 French onion soup $16.50 come on!!! This Owner is not from the West Island has No ties to the Landmark.He is more interest in profits than is local eaters.So after 44 yrs of great memories and affordable prices. Me and my friends will find another place.Mr Seragakis you will lose thousands of our Dollars until you lower your Prices.I still can't believe. $80 wings,2 French onion soup,plate sized pizza and 1 beer. .What planet are you on!Bring back ex owners!!Btw. On a hockey night it used to be packed.Now maybe. 60% capacity.Know this we the customers all know you are about profits not it's patrons
%%

Service over the years has been, at best, so-so. The waiters and waitresses are usually frazzled, rushed, and rude. It often takes at least 10-15 minutes before someone even comes to 'serve' you. What's weird, too, is that we've brought our young kids here before. Sometimes they let you in with kids, sometimes they don't. The last time we went with our kids for lunch a waiter blasted us for even thinking about bringing in our kids. When I told him that we've brought our kids in before he told me I was lying...okay...But I guess this is why you work in a bar. I'll never go back here again, nor will I recommend it. Oh, and if you can't get enough screen time, le Manoir is the place to go--at one point (not sure if they still do) they had over 70 TV screens! Really?!

As we arrived at approximately 1:00pm, we were greeted by a very abrasive woman.
She grabbed me by the arm to show us to our seat,then started screaming (not yelling) to our waitress to come and serve us.
We have been there before and know for a fact breakfast is served until 3:00pm on weekends.
The waitress was very pleasant. We asked to see breakfast menus.
Our waitress politely informed us breakfast was done!
We took a look at the new menu and decided to leave as it is completely ridiculously priced.
My arm still hurts. :(

I took my family for dinner and we were stuck in a corner and after10 minutes no one came to serve us then I asked to be moved and they did then after another 5minutes still noservice all the servers were to busy looking after all the large tables because they would get more tips when I complained we finally get a waitress to take our drinks order then she didn't even go for it she went to another table and started a conversation and completely forgot us after 20 minutes we decided to leave and the place was not so busy and she ask why we were leaving ,I told her why and I will never go back there again nor would I recommend it to any one

I don't know why there are so many negative reviews. People seem to be expecting gourmet fare. It's a brasserie folks. The food is typical of a brasserie. The atmosphere is what brings us back time and time again. Fireplace, stone walls, table cloths at dinner and a large and varied clientele. It's always busy yet we never wait more than a few minutes for a server to come to our table and drinks and food are brought quickly. It's our favourite place to go and watch a Habs or Als game.

Place has gone downhill since the good old days so has the food and service waitresses seemed more interested in looking at there smartphones then serving floor was dirty,you get a very basic hamburger and fries nothing really more

Every year or so we re-try this place, but it gets more "meh" every time we go. The menu changed from what I remembered a few years ago and in my opinion for the worse.

I had the pig's knuckles, wife had the fish and the best both of us could say was that it was barely OK. The food is just not that good. The waiters seemed like they were burnt out and just bored to be there. Overall rating would be a poor average.

We might give it one last try again after at least another year passes but definitely not before because there a lot of better places around.

Great place to watch sporting events. I love the fact that they can program different TV screens in your section to watch whatever is available. They have all of the premium sports channels and the food is pretty good for pub faire.

Le Manoir advertised a special Mother's Day menu with a flower for every "wonderful" mother....it was special alright!! The menu was downgraded from their regular breakfast menu...less items to choose from. When we asked our waitress "why??" she replied that they took out all the items that take too long to make. There was NOTHING special about this menu. Not only that....there was NO flower for the mom's....not one!!!!! Then to make matters worse, we were handed our bill before we finished our breakfast and the elderly couple beside us received their bill along with their meal. Very tacky!!!!

After being a regular customer at Le Manoir,I will think twice before I go there again.

Me and some work friends decided to go there for UFC. Personally, it was my first time going there but a lot of my friends go there all the time. The food wasn't the best but it was decent for the price I paid. The beer was amazing! I've never seen 4 litres pitchers before. The only downside to my first visit at Le Manoir was our waitress... She was very rude to our group but she seemed like a very enthusiastic person at the beginning. My colleagues said it's the first time they get served by her and they've never seen such bad service at Le Manoir before. But overall, I had a good night.

Place is not known for food or service...but there is always a ton of people on the terrace. Pretty cool being able to smoke on the terrace...loads of tvs too. Awesome for habs games

My two friends and I went here to eat and have drinks to celebrate my friend's birthday. If it wasn't my friend's birthday, I would have left right away. Avoid this place it's awful, the food is bad and the service is the worst thing I've ever seen.