Find the perfect restaurant for any occasion.

Over the years, there's a certain type of cuisine that's becoming really popular in Montreal. The demand is strong and Montrealer's want it, so restaurants offering it are opening up and thriving. I'm talking about vegan cuisine. More and more people are riding the green wave and making the change. I myself have been vegan for a little over 2 years now so I made a list of my favorite vegan restaurants. I'm pretty sure you'll enjoy these restaurants, whether you're a meat-eater or not.

Mimi & Jones labels themselves the "First and only Vegan Diner in Montreal". Give them a try, the vegan burgers are delicious. 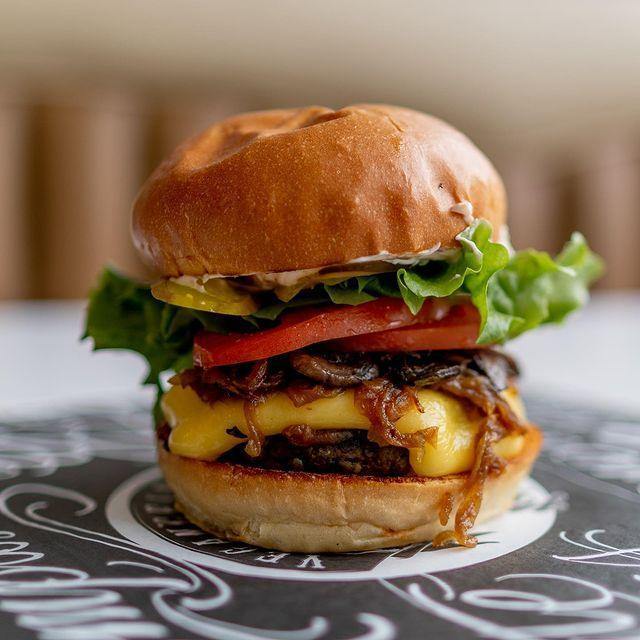 I like the ambiance at ChuChai. It's intimate without feeling over-crowded. I personally love ordering one of their pre-determined menus. It gives me the chance to try as many dishes as possible. So far, I haven't been disappointed. Whether you decide to order from their fixed menu or à la carte, I recommend you find yourself eating some crispy "duck". Tastes like the real thing. 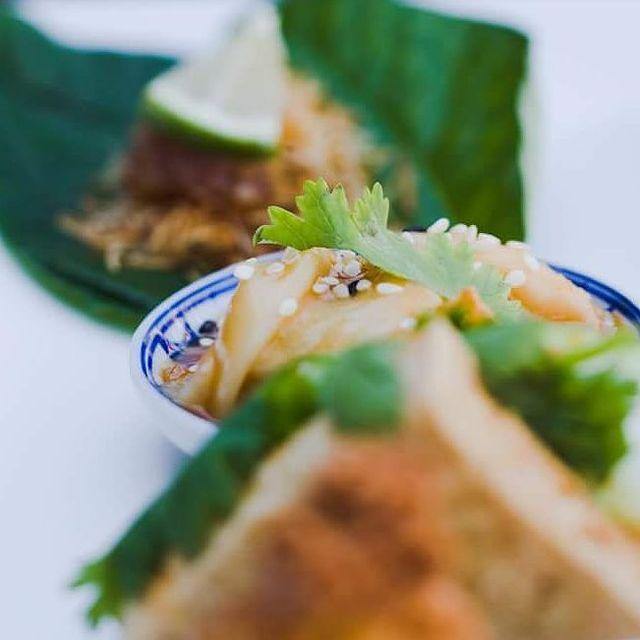 The Antidote Bouffe Végane is located in the heart of the Hochelaga-Maisonneuve district. This place wants to be a reference in terms of vegan food to prove that it is not because it is vegan that it is boring and tasteless. You will find a menu full of delicious and comforting choices in a welcoming atmosphere. Brunches are available on weekends, you will be surprised to find the best classic brunch plates but in a vegan version! 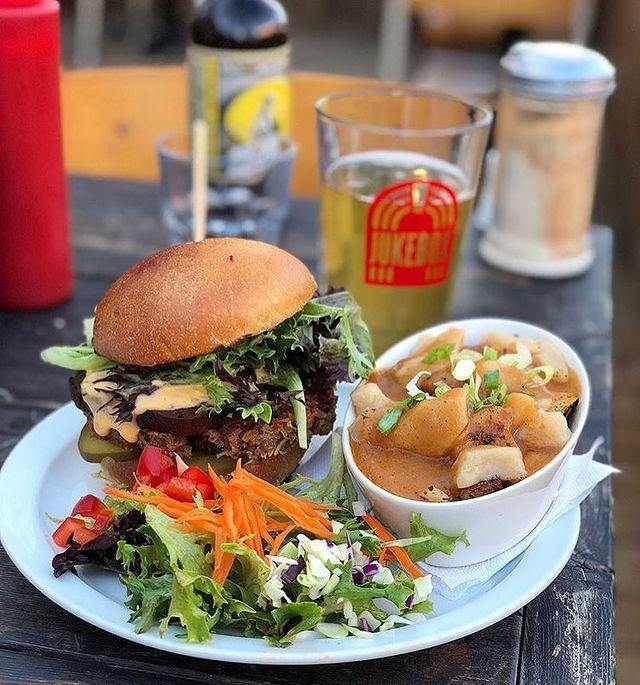 This place is incredible. As you might have guessed it, they serve sushi. In my BV days (Before Vegan), I often ate sushi. Some might say, a bit too often. So when I became vegan, I was looking for a satisfying substitute and I found it at Sushi Momo. I wouldn't even call it a substitute. It tastes better than non-vegan sushi. It's that good. The place is always packed. I highly recommend you make reservations if you wish to eat the best sushi in Montreal. 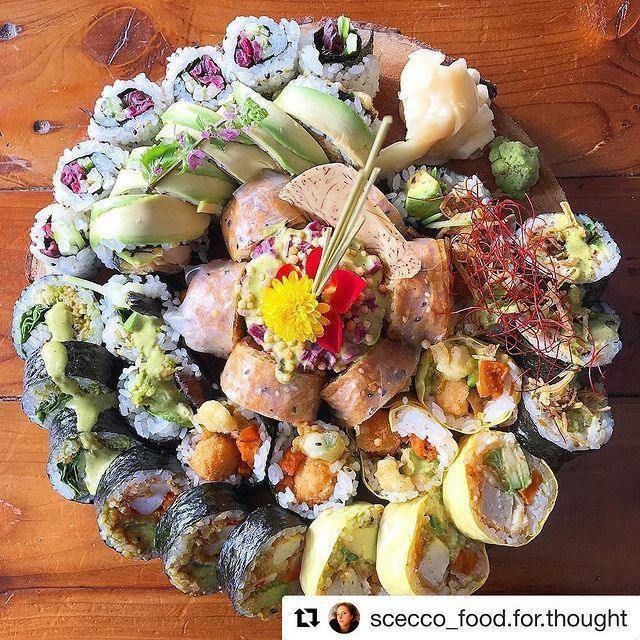 Dubbed as being the meat-eaters favorite vegetarian restaurant, Lola Rosa never disappoints. Great service and delicious food are always a winning combination. They do comfort food right. Their burgers are big, juicy and packed with flavors. Although it's more of a vegetarian restaurant, they offer plenty of vegan options, such as their famous poutine. 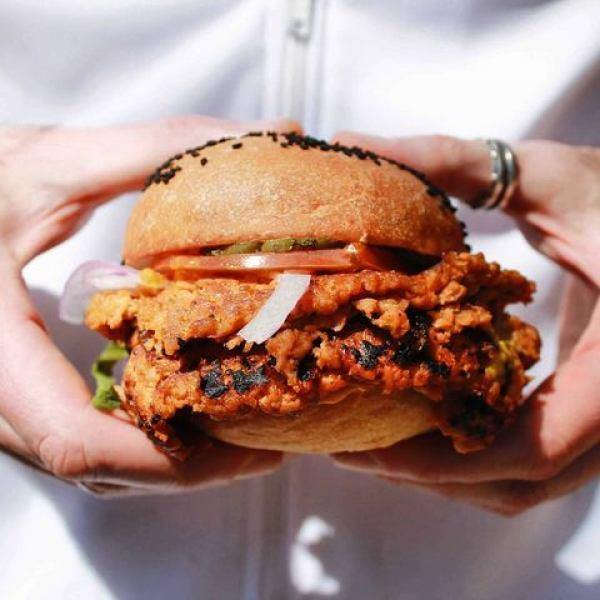 The LOV has now three locations and their successes were instantaneous. Not only is the food delicious, but also the restaurants are really beautiful. Discover a creative cuisine with vegetarian and vegan options, where local vegetables are treated the way they should be. You can eat at any time of the day and even take some of the most popular items on the menu, to go. 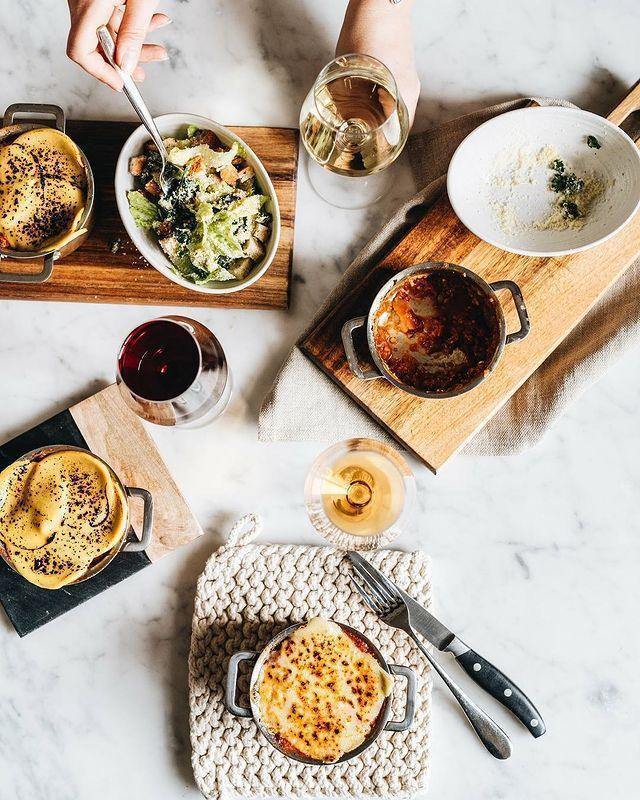 Is there anything better in the world than vegan fast food? Probably. But vegan fast food is a close second thanks to Copper Branch. This restaurant chain has several locations in Montreal so you're in luck if you want to grab a healthy lunch. My personal favorite is the Mushroom Galaxy Burger, served with a Portobello mushroom as the "meat" patty. 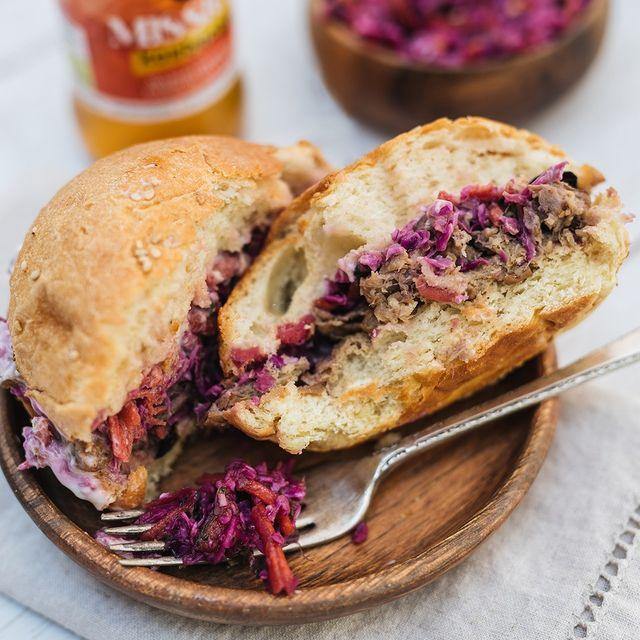 Whether you're vegan or not, you probably heard of Aux Vivres at least once in your life. With its eclectic menu, everyone can find something they're craving for. In my BV days, I was obsessed with tzatziki sauce. Recently, I tried their Kosmos plate, which comes with tzatziki sauce, and I've been hooked ever since. Added bonus: you can buy some tzatziki sauce to bring it home with you at their express counter. Here, you can order a smoothie, buy readymade meals and vegan products.

Chef Veganessa offers weekly meal services for people who are too busy to cook but still want to eat healthily. If you don't want to decide ahead of time what you want to eat for the week, make sure to stop by her store in Beaconsfield to grab a ready-made meal. If that's too far for you, Chef Veganessa is often at food-related events such as Montreal's Vegan Festival so make sure you stop by her booth and try one of her delicious gluten-free meals. She also caters and offers cooking classes. 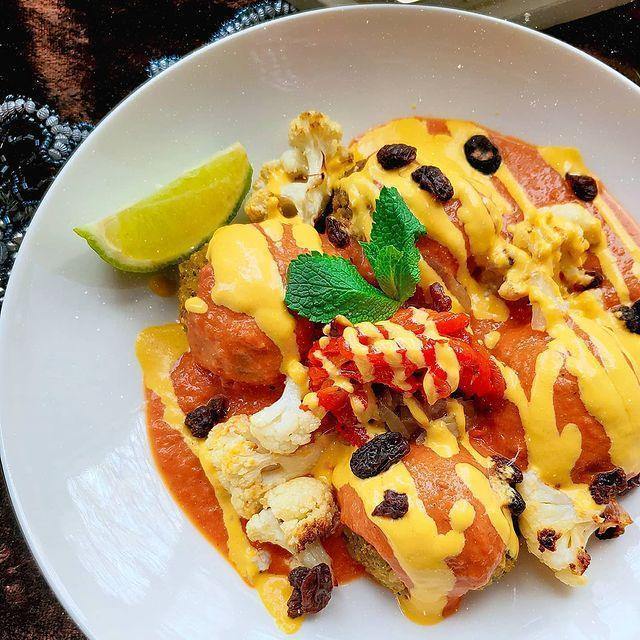 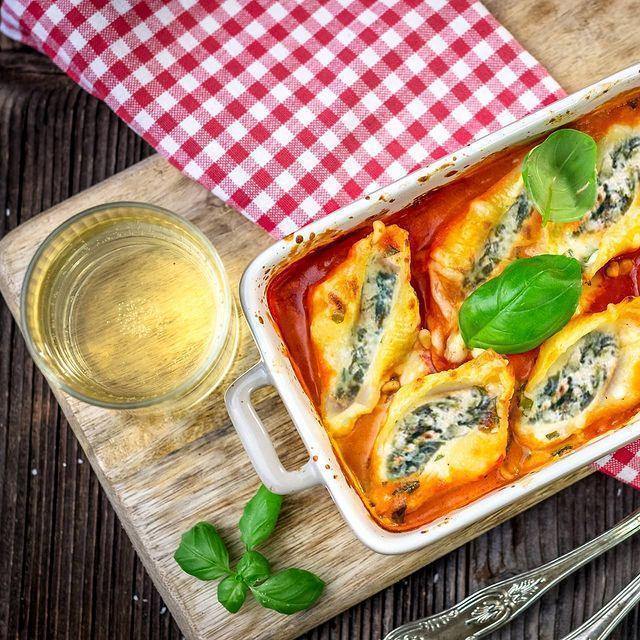 Café, restaurant and  100% vegan cooked meals with organic and eco-responsible ingredients! They also have legendary sandwiches! 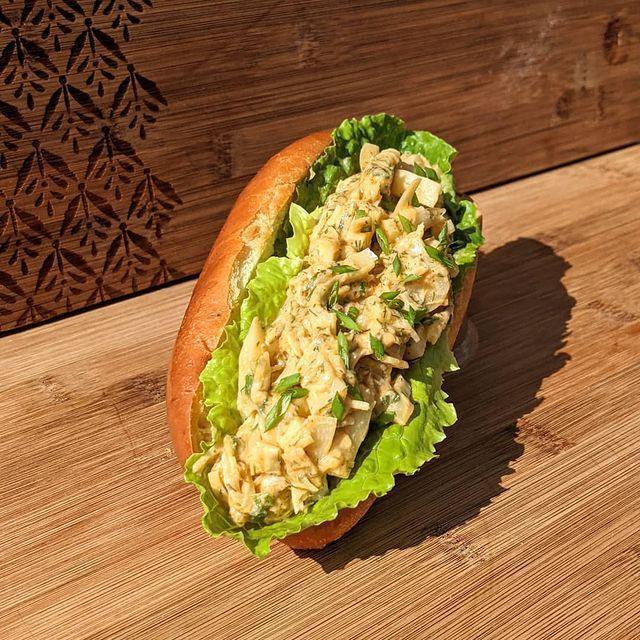 The food tastes so good you won't believe it's all 100% vegan. From sushi to Pad Thai with simili-shrimp to mushroom tartare, everything is so good! 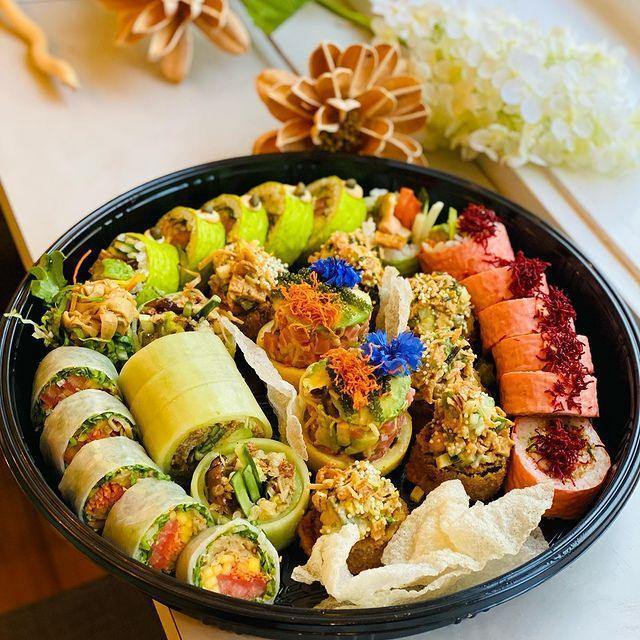 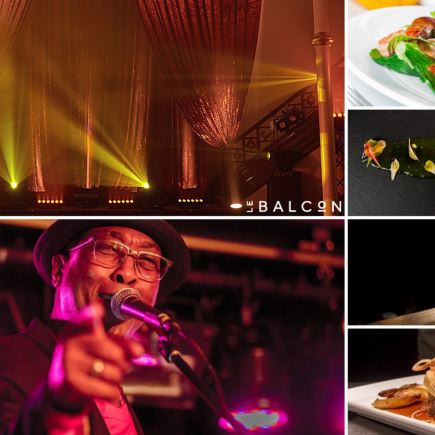 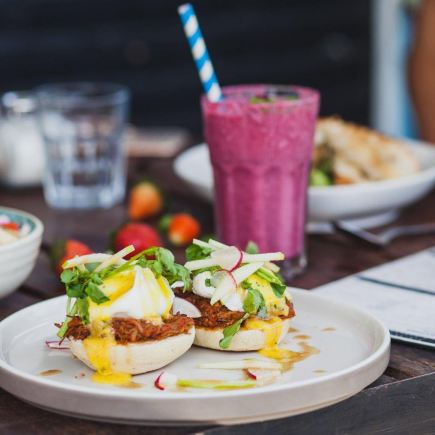 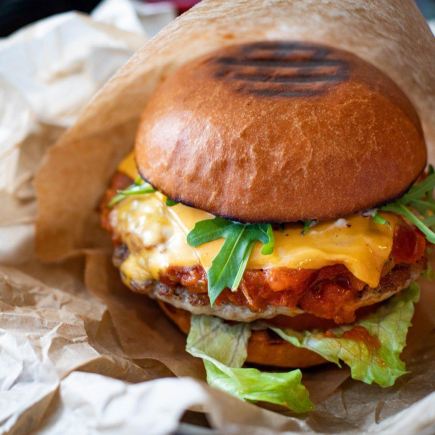 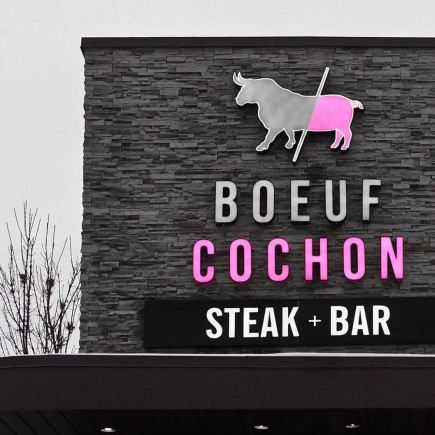 Boeuf Cochon, a Steakhouse-Bar to Discover!

Burgers to Try During Burger Week 2021! 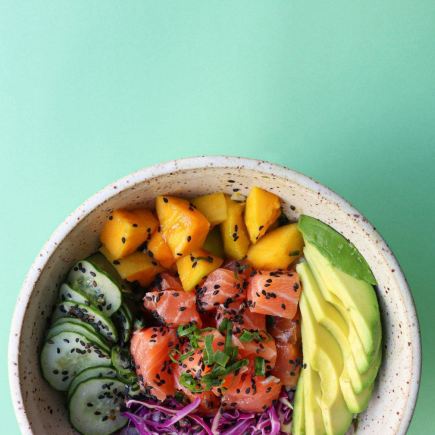 Burgers to Try During Burger Week 2021!

Montreal's Time Out Market Has Reopened Its Doors Again!

Laval and North Shore Are Full of Beautiful Terraces!

Boeuf Cochon, a Steakhouse-Bar to Discover!

Gardens of Light: An Ode to the Moon in Montreal in 2021

OSHEAGA Get Together : Montreal in 2021