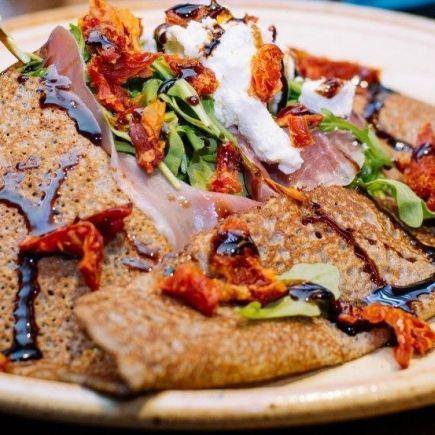 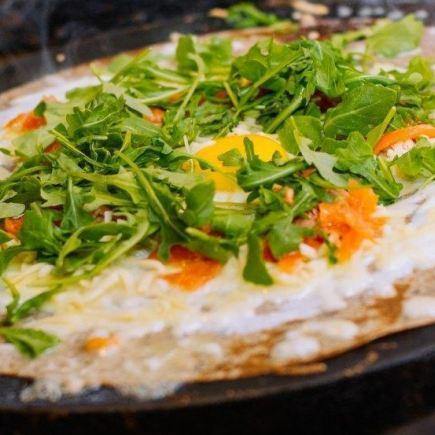 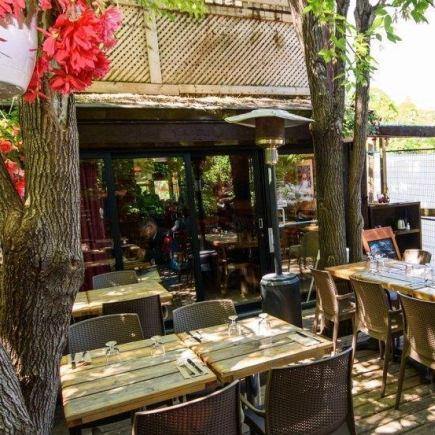 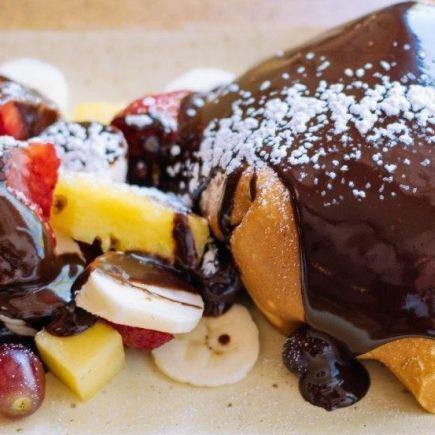 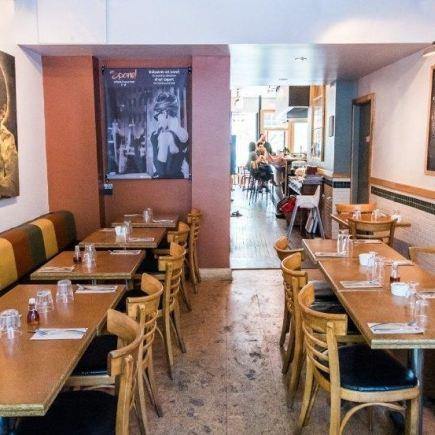 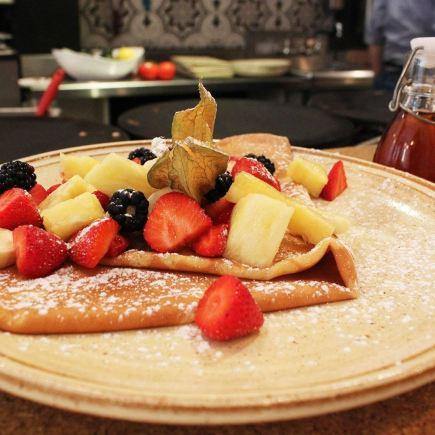 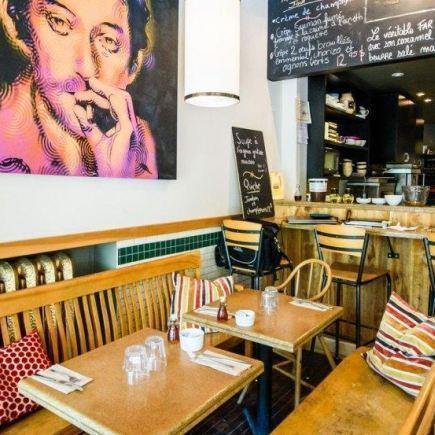 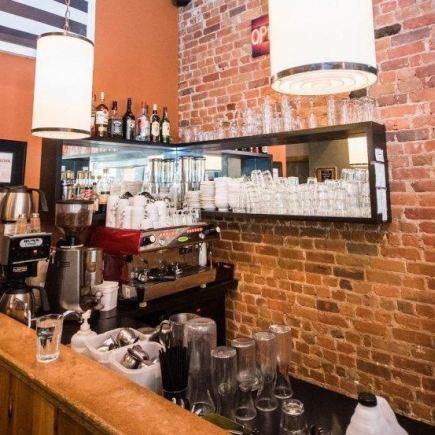 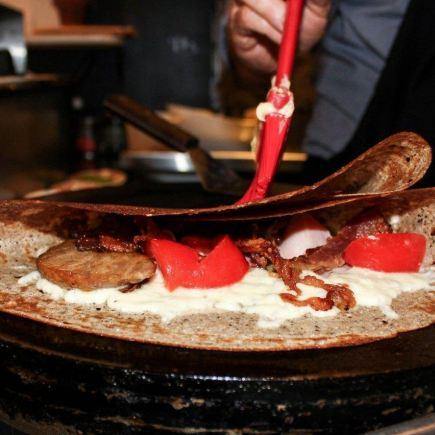 Closed Opens Tomorrow at 8am

Yann Bris, owner and chef, originally from Brittany in France, more precisely from the city of Paimpol, a small fishing port in the Cotes d'Armor, settled in Quebec in 2005. After earning his degree in hotel and restaurant management, he worked for the Accor Group as director of hotel-restaurant in the southwest of France, a bastion of French gastronomy. He opened his first crêperie in Fort Lauderdale, on the coast of Florida, in the United States. This success and some leisure travel to the beautiful city of Montreal, prompted him to return and try the Quebec experience. He opened a decoration boutique in downtown Montreal, on Amherst Street, which he calls Karactère with a "K". Despite the success of this enterprise, he misses restauration. He decides to close the shop and starts a project that is closer to his love of gastronomy by opening a crêperie in the now trendy district known as Griffintown. He sets his sights on a former hairdressing studio that he completely transforms to create Spanel, the Breton word for "spatula" Spatula for turning pancakes. Spanel's philosophy is based on a cuisine made exclusively with fresh, quality products. Thanks to the proximity of the Atwater Market, Yann can fulfill his wish to serve his customers crepes and gourmet dishes. Spanel is also committed to offering its customers a warm and friendly atmosphere. The choice of a shady terrace, surrounded by trees and equipped with heaters, allows them to make the most of outdoor dining, from the first days of summer until the arrival of winter. The chef hopes you'll enjoy discovering Spanel and come back often to spend pleasant moments.

Capacity: 50 We accept: Master Card, Visa, AMEX, Interac
BrunchFamily / Kid-friendlyGluten sensitive optionsGood for GroupsPrivate RoomSpecialsTakeout FoodTerrace
Bus 36 will drop you off a few steps from the door! We are near the Atwater Market. We also have a loyalty card.
Semi-private room of 25 seats.
30 seats. 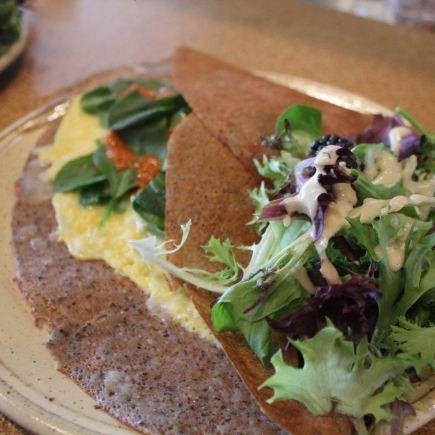 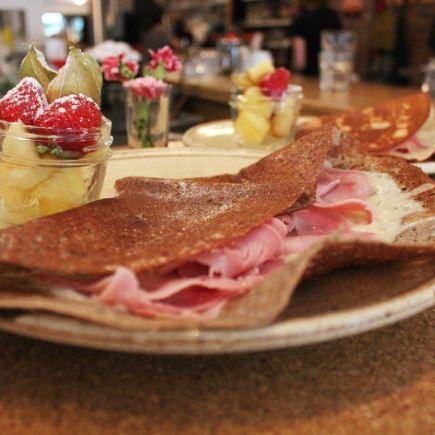 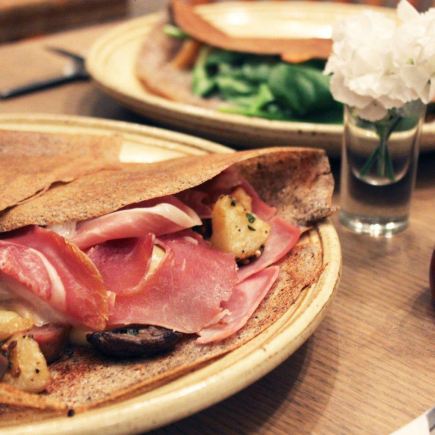 Evening special!
Appetizer of the day, Crêpe of your choice & dessert of the day.

Friday's Special!
Starting at 5pm all you can eat crêpes & house salad included for $20

beginning of the month ▸ 346

The service is always on point! Really enjoy their brunch and friendly staff!

Great place to eat, good crepes. Please avoid if you have celiac disease. I have gone twice and both times have ended up EXTREMELY ill. The first time they served me a crepe with a wafer in it (luckily I noticed and spat it out) and the second was during a busy time. Something somewhere doesn't get cleaned properly. Highly recommended, but not if you have an allergy or celiac disease. To the chef - please understand the serious impact on those with celiac. Not having a 100% dedicated area for us causes extreme sickness, not for hours but for a week. Rushing our order or not taking time to properly clean the area has caused me a week of pain missing both school and work. I wish you would understand that my years of hard work of eating gluten free was destroyed by your one meal. Just 1/2 a tablespoon of gluten completely destroys the small intestines causing gastric cancer and infertility. I beg you to put a sign in your menu that celiacs should not eat there. It will take 6 months for my intestines to heal.

Perfect! Delicious! The best banana and chocolat crepe ever!!!