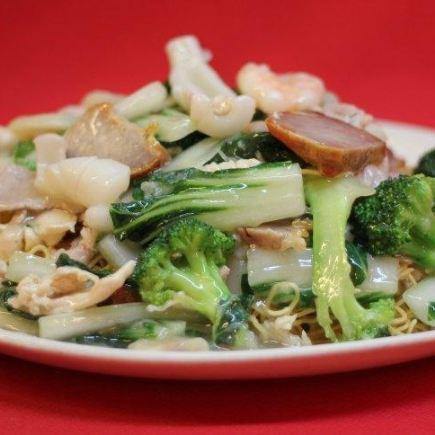 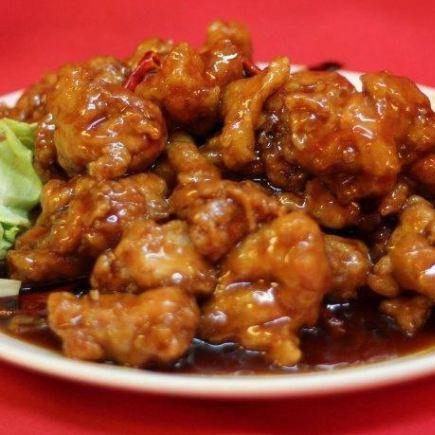 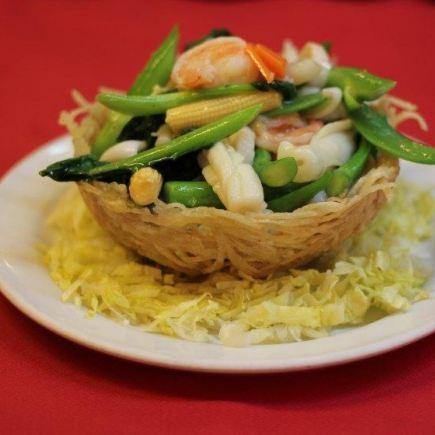 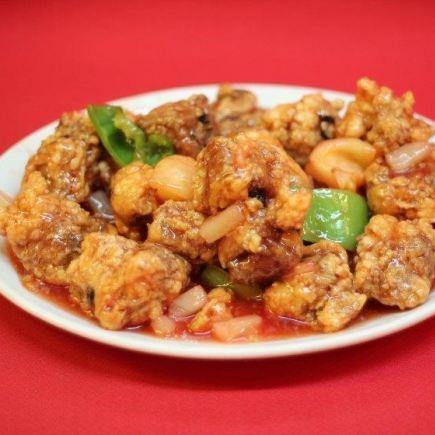 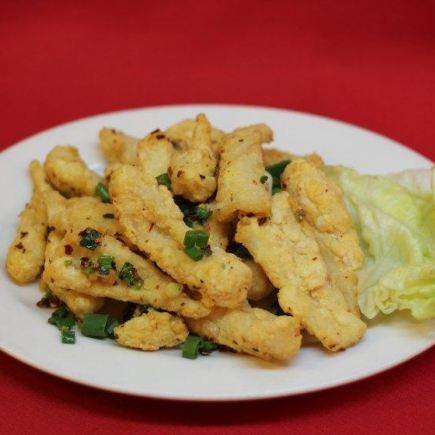 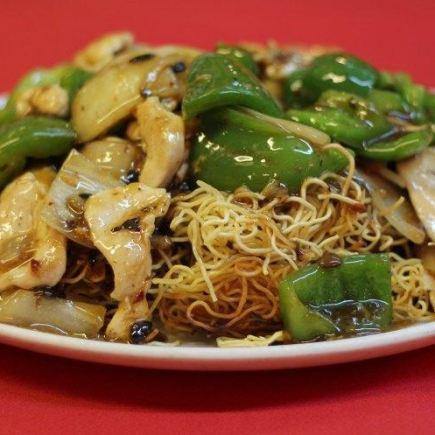 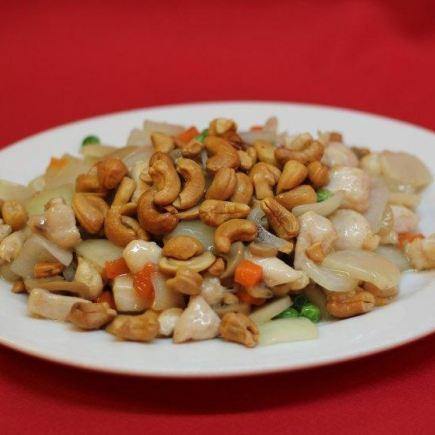 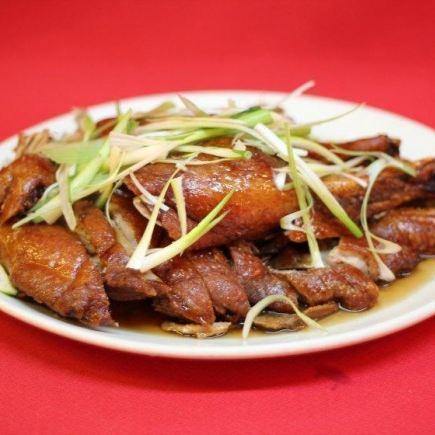 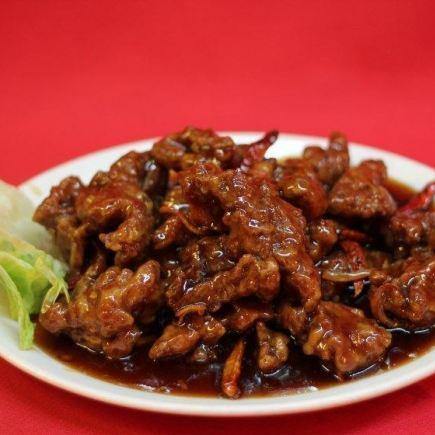 The Kam Shing restaurant has served clients for over 20 years since 1997. Kam Shing Van Horne is quite close to the Van Horne exit of the Plamondon Metro station on the Orange line. On-street parking (meters) is plentiful as well as free parking nearby as well. The extensive menu was recently updated and added to (more than 200 items) of Cantonese and Szechuan items. The food is authentic Chinese and is rated by many among the very best in Montreal. The portions are very generous and many diners take home the remainders for next day. The food is reasonably priced, delicious and served very fresh and of the highest quality. The restaurant is described as serving such outstanding items such as Hot and Sour soup, General Tao Chicken, Salt and Pepper shrimp, Cantonese Chow Mein, Peanut butter dumplings Chicken and green peppers or broccoli with rice noodles in black bean sauce. There are many vegetarian dishes, some gluten-free dishes and MSG free if requested. The restaurant is fully licensed and offer a variety of beers including Chinese beers, Saké, wine and several other beverages. 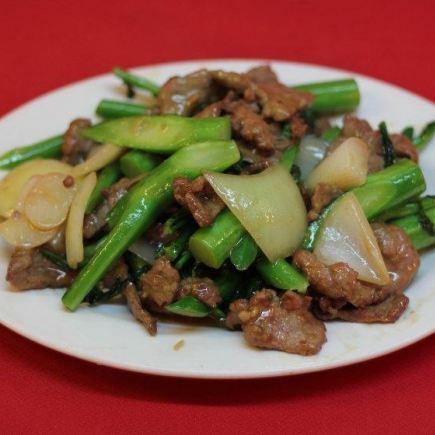 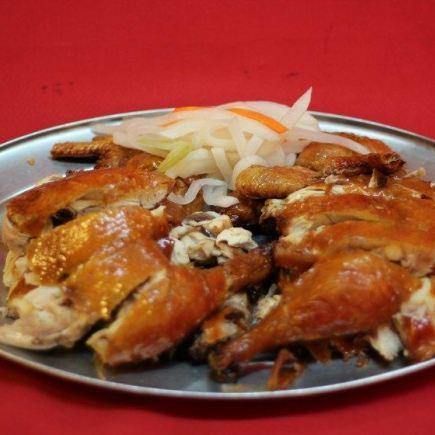 ❝ The food is very yummy and the staff is lovely. I have been going here for almost 7 years now and i love it !!!! ❞
Write your review

The food is very yummy and the staff is lovely. I have been going here for almost 7 years now and i love it !!!! RIDICULOUS SERVICE. I am so incredibly angry. After already having come here tons of times and leaving a tip, I sat down with a table full of people on to have the waiter approach us and tell us that it is obligatory to pay a 10% tip if we want to be served (which we were already going to pay because we have basic courtesy.) We ate our food which was TERRIBLE and when we asked to split the bill the waiters were so rude and refused to do it. As I spent 20 minutes calculating the split of 7 people myself, the waiter approached me and rudely reminded me that gratuity is not included In the bill. Worst service I've every had.

May 31, 2019
Report
Reply
Replies (2)
Always pleasant here....I have never ever seen what you describe.
Split the bill?
Can you not divide the amount among you on your own?.....
Maybe McDonalds is better for you.....or a pizza.
Looking forward to my New Years dinner at Kam Shing tomorrow.

Always pleasant here....I have never ever seen what you describe.
Split the bill?
Can you not divide the amount among you on your own?.....
Maybe McDonalds is better for you.....or a pizza.
Looking forward to my New Years dinner at Kam Shing tomorrow. Waiter was rude. I have no words but really rude.

I had such a bad service you cannot imagine. The waiters are very rude - cut you off and dont respect you. When i was making my order he just said you choose faster and left.

Never eating there again and I would not recommend it to anyone.

This restaurant serves extremely good cashew chicken and soup but I would now recommend everyone to AVOIT IT. I was polite and cheerful but waiter in charge was aggressive and insulting, as if I was some lame intern he could boss around.

I complied but told him was attitude was disrespectful. He said yes and told me to do just what he said, raising his voice.

I walked away. A shame, I considered it at one point as the best Chinese restaurant around the 'hood. Always keep your head up people !

Im very disspointed with my order. I ordered 2 LARGE special fried rice by phone. By the time I arrive they only prepared 1 order or it and asked that I wait 5 mins (10 mins total and I see 3 plates of fried rice come out from the kitchen during that time.) Got my order left and by the time I made it to my destination. I was given 2 SMALLS of my order. Can you imagine my disspointment and anger?? Im never going back to this restaurant nor would I recommend ordering anything from here ever again. thanks for nothing.

With perhaps the best roast duck outside Chinatown, a very fresh chinese brocolli and beef dish, steamed dumplings and peanut butter sauce that pleased the pallet, topped only by the smiling faces of the wait staff - this was a pleasant discovery.

Upon reading the other reviews I wondered why I never took the opportunity to dine here before.

The Saturday dinner crowd thinned out around 8:00 PM upon my party's arrival...we only had to wait five minutes for a table. Tou know when a neighbourhood restaurant is this busy with eat in and take away patrons it is a good place to eat.

The only downside to the meal was an uninspired yang chow fried rice.

This will be one of my favourite places to eat whenever I am in the Plamondon/Van Horne area.