CITY
Add your restaurantFR
In the mood for?

Find the perfect Montreal restaurant on this Friday morning!

Mentioned in this article

Tuesday, March 8th, 2022 is International Women's Rights Day and we want to celebrate some of our many favorite women restaurateurs. In this male-dominated field, it is important to highlight the work done by these women who stand out day after day.

First, here is a brief summary of the progress of Women's rights in Quebec.  Source.

Juliette Brun is an inspiring entrepreneur having opened several locations around Greater Montreal. Her restaurants and chocolate factories offer both savory and sweet dishes. Known for her love of chocolate, you'll find brownies, fondues, hot chocolates and pancakes in all of her branches or online stores. You can also learn more about how to replicate some of her recipes at home with her recipe book. 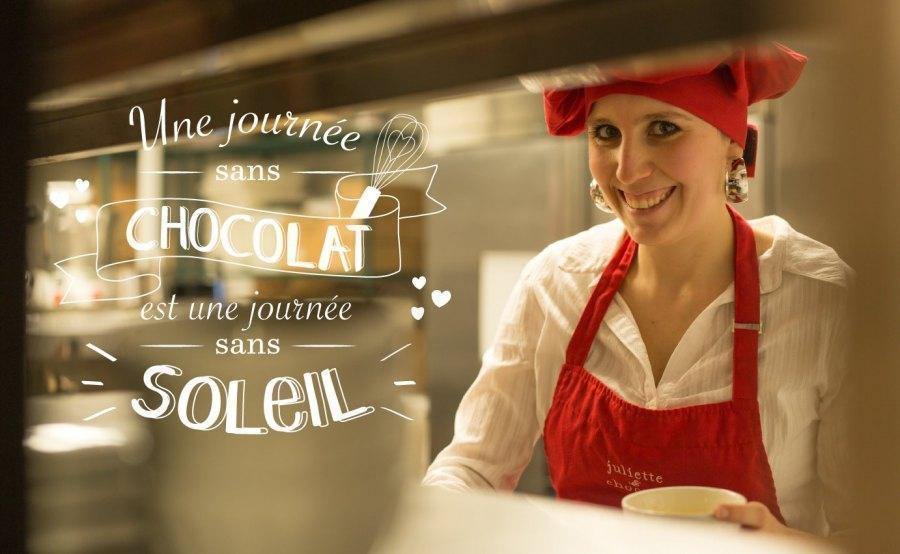 Michelle Vo from AN CHOI PLAZA

Michelle Vo is an inspiring woman who will make you want to learn more about Vietnamese food and culture. Since 2020, Michelle and her mother have been creating and selling different delicious soups every week. In less than 15 minutes, they are completely sold out. Don't expect to eat a simple pho soup, instead, they offer original recipes that you might find on the streets of Vietnam. Soon, she will be opening a restaurant at St-Hubert Plaza: An Choi Plaza that will serve you the best of her uncompromising cuisine. In the meantime, pick up one of her authentic chili oils. Passionate and straightforward, Michelle has an engaging personality that will take you on a humbling journey. 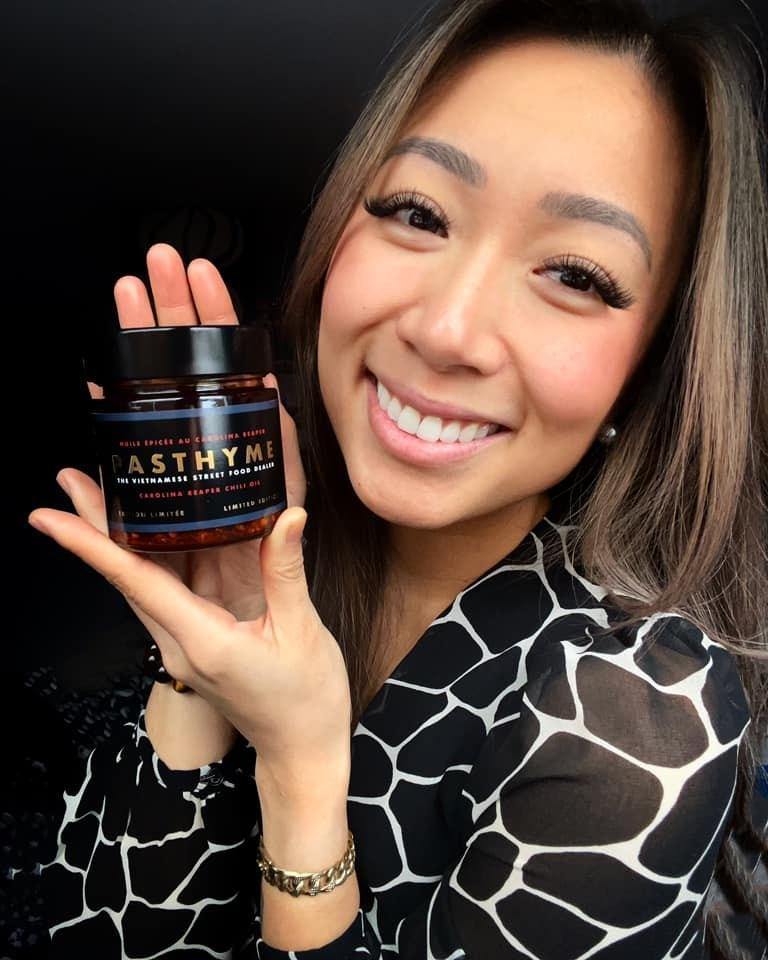 Sylvie Gagnon is at the head of the four Dame Tartine restaurants. These restaurants have been serving you delicious brunches and dinners 7 days a week, every day since 2002. It is even possible to recreate the experience at home, as they sell their coffee in 200g format in all of their branches. Take a tour of the restaurants to (re) discover the excellent atmosphere it is famous for! 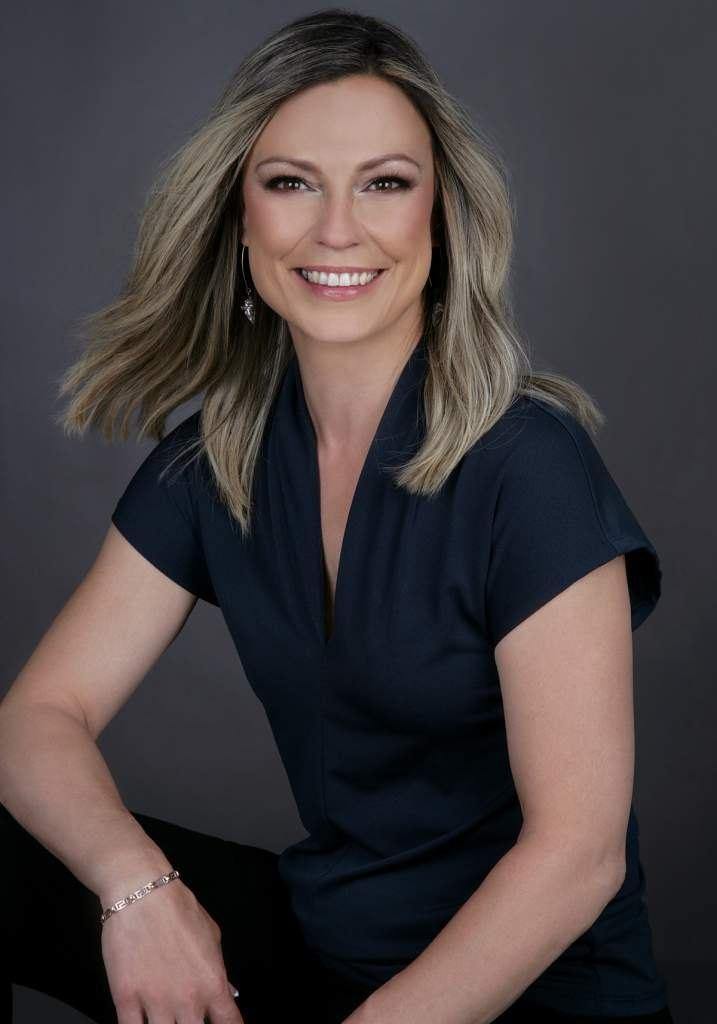 Located in Montreal, Pizza Motta is a caterer, bakery, pizzeria, restaurant, and grocery store! They have been an institution for several years in Little Italy. Discover the quality and refined Italian products they have to offer. Owner Ada Gallo is passionate about everything she does and if you meet her during your visit, you will be swept away by her passion and love for her culture and food. Let yourself be tempted by one of their pizzas, their lunch box (sandwiches), veal parmesan, or eggplant parmigiana! 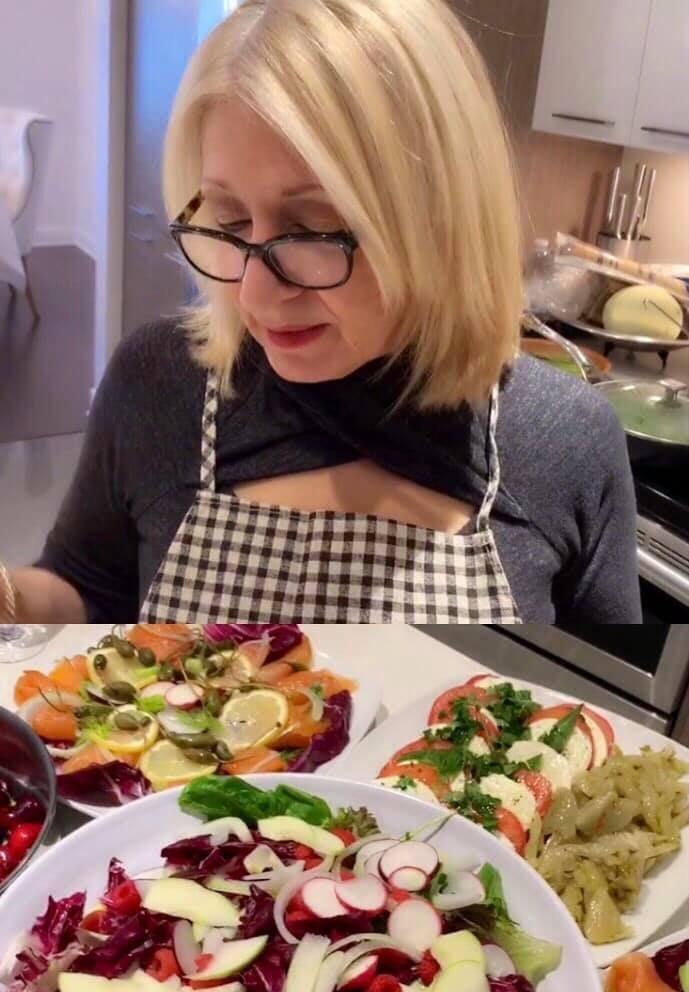 After many trips around the world, sisters Yasmine and Sara Atouk decided to open Unicone. Their passion for making desserts at home turned into a creamery in 2019. Since opening, they have demonstrated their enormous creativity by offering different ice cream recipes inspired from all over the world. During the summer season, new flavors are served every week themed to different countries. There are even vegan ice creams available at all times. It is possible to encourage them all year long by ordering their ice cream in a jar, logs and/or t-shirts on their social networks. 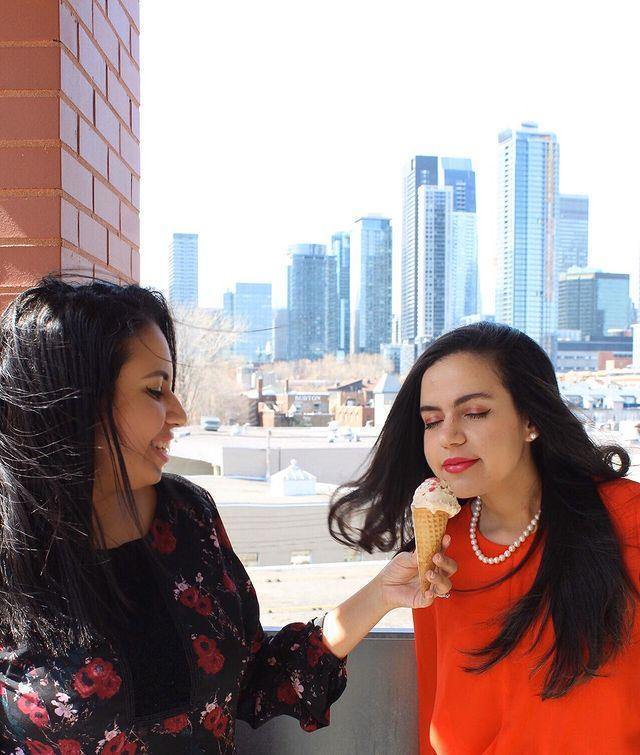 MJ Guertin, owner of Sata Sushi recently opened Mimi & Jones. This entirely vegan "diner" will quickly make you forget about meat! MJ Guertin has made it her mission to pass on her love of vegan cuisine to Montrealers. Discover dishes like Jones croquettes, Mimi burger, cheeseburger, or even its ravioli. Visit their website to find out more about their projects. 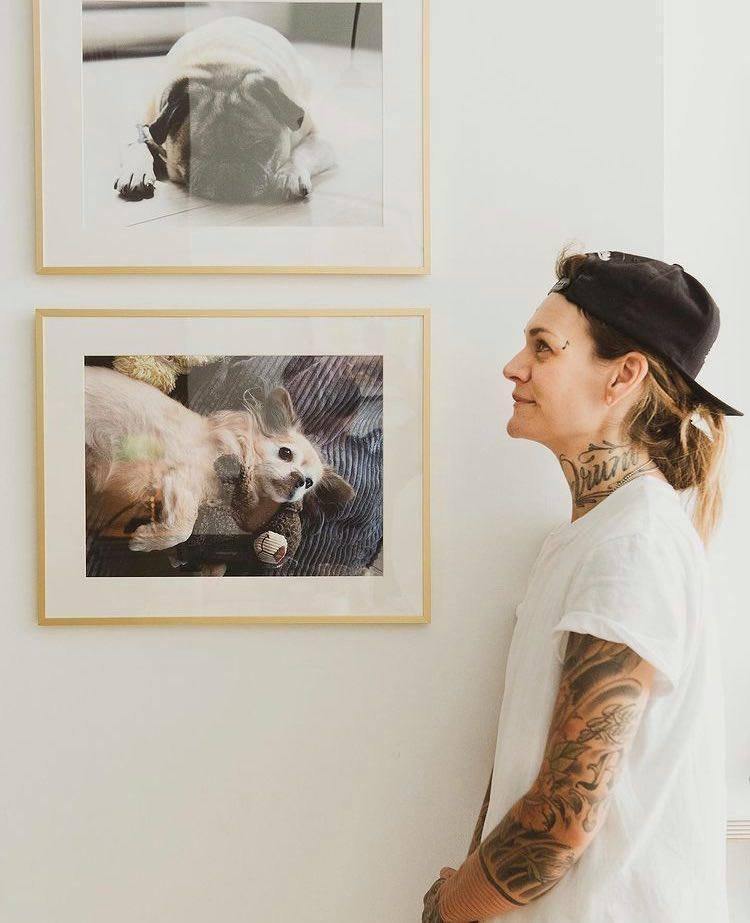 Minh Tran is one of the owners of Ohana Sushi Vegan located on Mont-Royal. One of the few places to serve entirely vegan sushi, discover several specialties such as the "touna Mont-Royal", the "Black Angel" maki or the "Geiko" maki. Gluten-free options are available such as the spicy poke, the 911 maki or the spicy lemongrass soup. A place where eating healthy while having fun is possible. 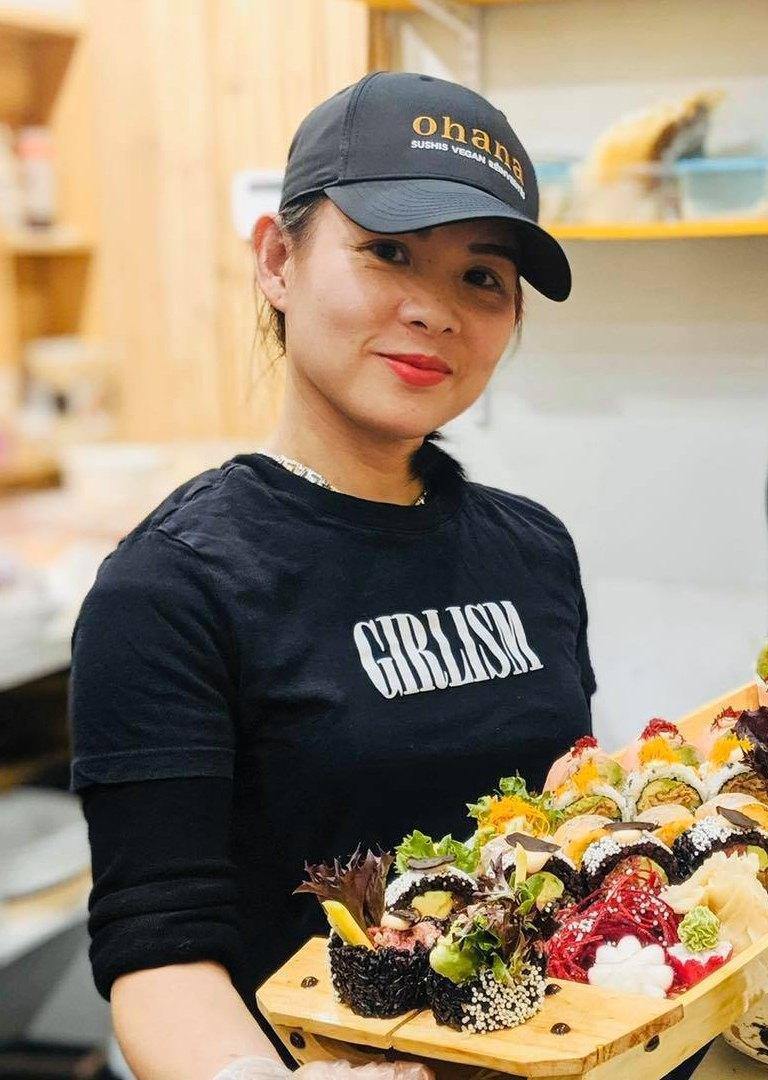 Sandra Intili has been co-owner of restaurant Riccardos since 2001. Located in Dollard-des-Ormeaux, she makes it a top priority to use high quality ingredients and make guests feel like a member of the family on every visit. Several choices of pizzas, pasta, salads, traditional starters, and desserts are available for take-out. They also sell homemade sauces such as meat, rosé, and Alfredo so you can enjoy them with your family at home! 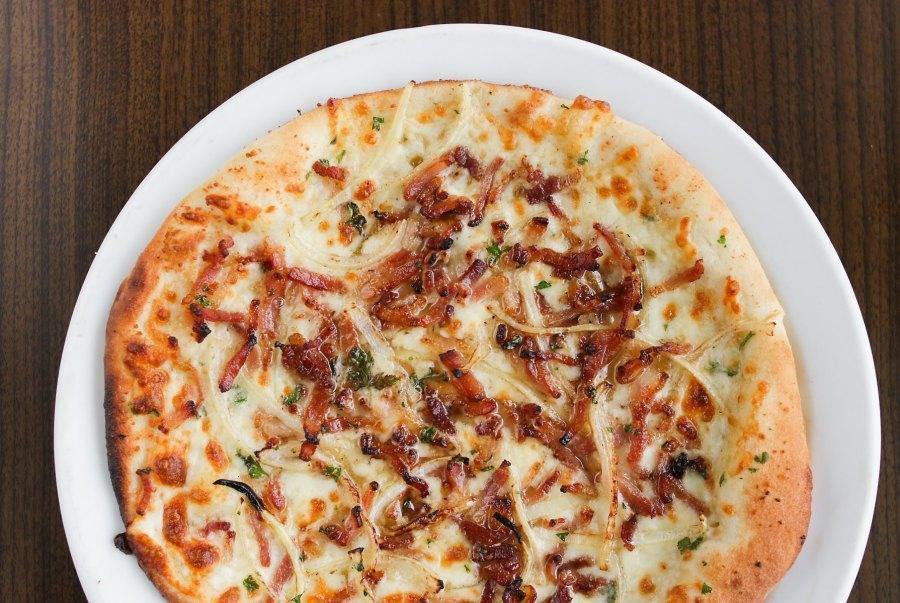 This haute cuisine chef grew up in Montreal but worked for many years in Michelin-starred restaurants in France and Relais-et-Châteaux. She also studied with the greatest of French gastronomy at the Institut Paul Bocuse. She met her husband in Italy, an expert sommelier, and returned to Montreal to open Chez Sophie. It currently offers a take-out tasting menu starting at $85. The menu changes with the seasons to have the freshest ingredients possible. Since the dining rooms are open again, I highly recommend that you take a look around and experience hospitality at it's finest. 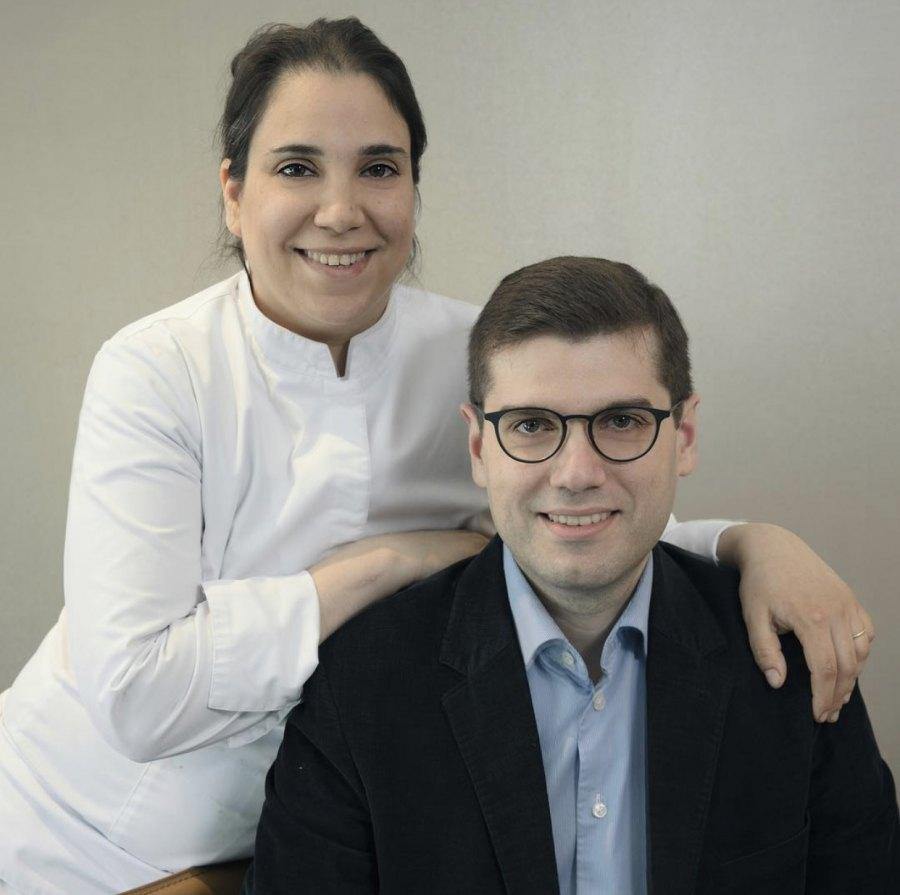 This mother-daughter duo created La Virunga in order to pass on their passion for the typical flavours of Sub-Saharan Africa to Montrealers. Originally from the Democratic Republic of Congo, they had to leave the country in the 90's for Belgium where they stayed for over 15 years. When they ran out of opportunities for growth due to their skin color, they moved to Montreal. Marie-José Frias went back to school to study cooking when she was in her forties. Zoya, on the other hand, studied computer science and statistics. In 2016, they opened what we know today: the famous restaurant Le Virunga. They show enormous perseverance and are not afraid of challenges, which is greatly inspiring for many women. 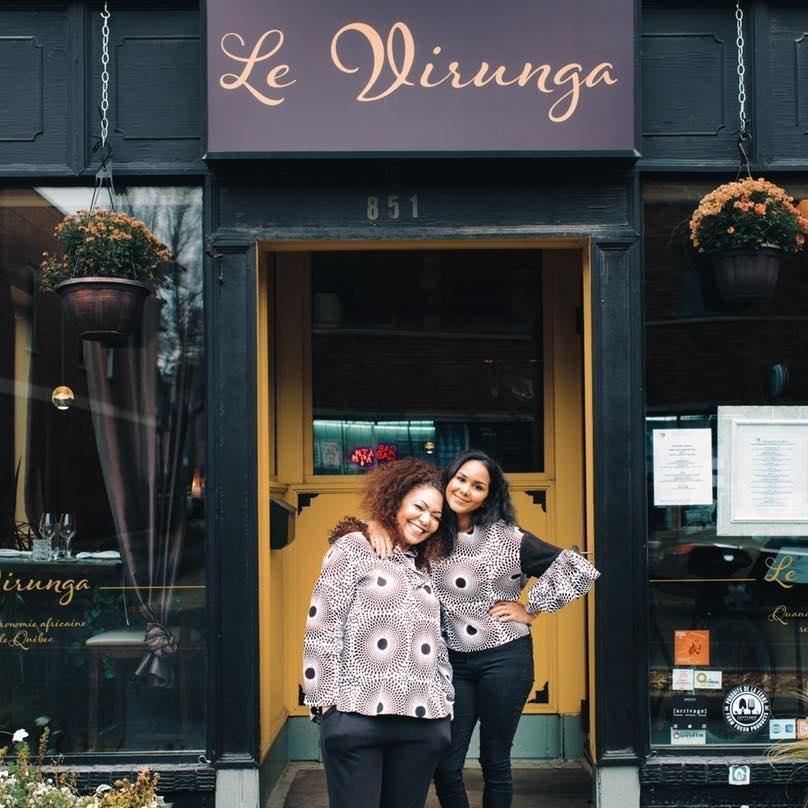 Born in Portugal, this chef has been in the Montreal restaurant scene since 1990 and opened her first restaurant in 2003: Portus Calle. Through her dishes, you will feel her love of Portuguese cuisine. Take your palate on a journey with flavors that will bring you back to the summer sun! 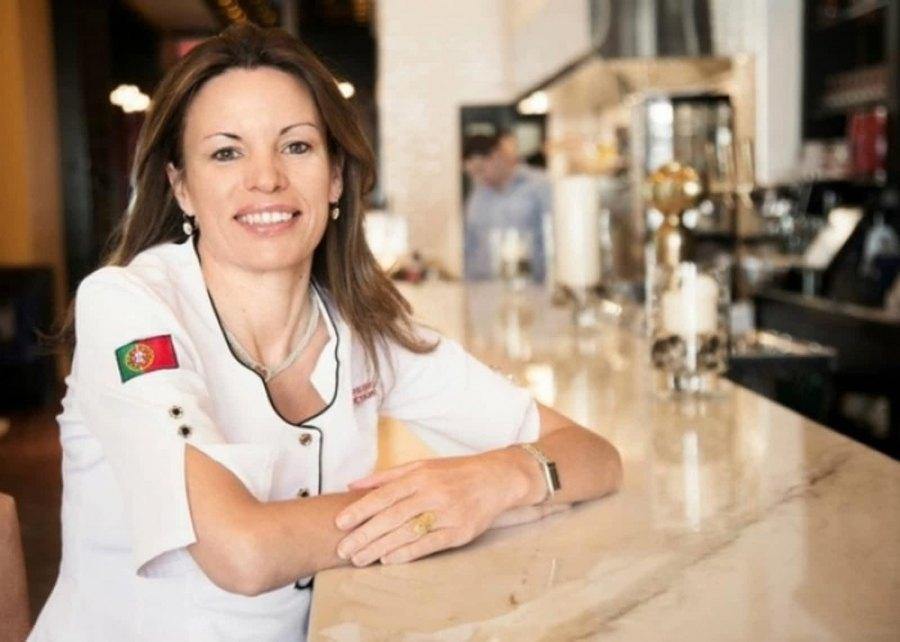 This amazing entrepreneur began her career in fashion and then changed course and followed her passion into restaurants and catering. Having hosted her show on Zeste, she promotes quality organic products in all of her establishments. Bird Bar is known for its fried chicken made with grain-fed chicken from Ferme des Voltigeurs. The recipe is made up of ingredients that are 40 to 60% reduced in fat. Miss Prêt à manger is a catering service that currently offers salads, lunch boxes, sandwiches, and smoothies. 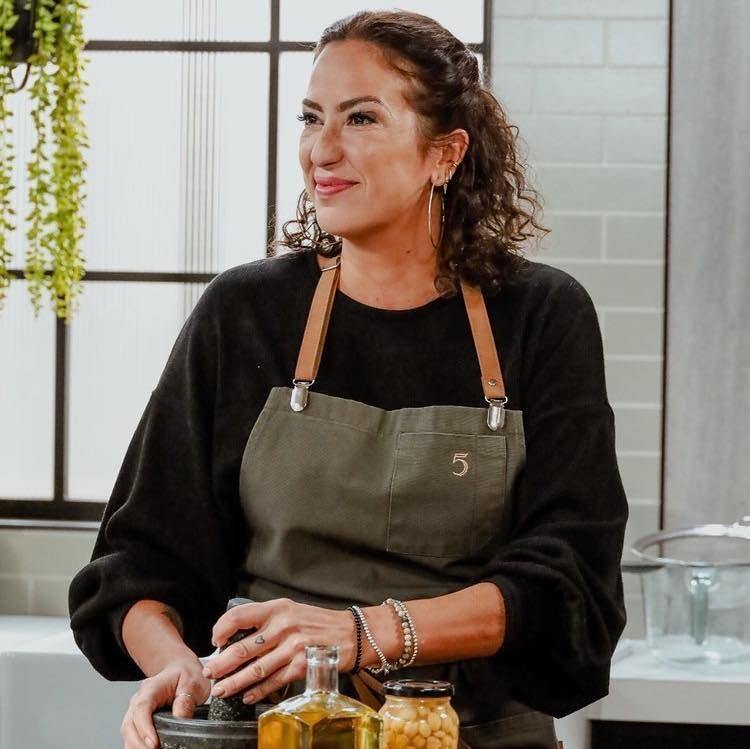 Dyan Solomon has been a co-owner of Olive and Gourmando since 1998, Foxy since 2015, and the newest Un Po di Più arrived in 2018. Dyan Solomon published a cookbook in 2019 titled: Olive and Gourmando: The Recipes. You can also find Foxy and Olive and Gourmando at the Time Out Market. Olive et Gourmando is known as serving some of the best sandwiches in Montreal, Foxy offers a refined Italian menu, and Un Po di Più replicates an Italian refreshment bar where you eat and drink well in a friendly atmosphere! In short, A woman who succeeds in everything she touches! 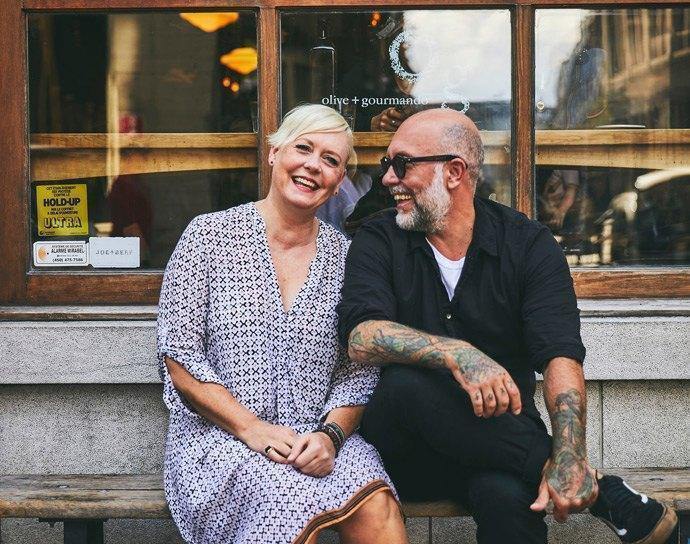 Co-owner of the two Stella Pizzeria branches, 409 and Brasserie Bernard, Nathalie Côté is an entrepreneur who is not afraid to stand up for her ideas. Stella Pizzeria is a friendly, family-oriented neighborhood restaurant in a trendy setting. Le 409 is an Indian brasserie with a funky feel reminiscent of Bollywood movies. Brasserie Bernard will make you feel like you are in a Parisian brasserie with its vibrant and welcoming atmosphere. As different as these three restaurants are, they are all up to date with an innovative vision. One thing is certain, Nathalie Côté is a woman who is passionate about her work and this is evident in each of her establishments! 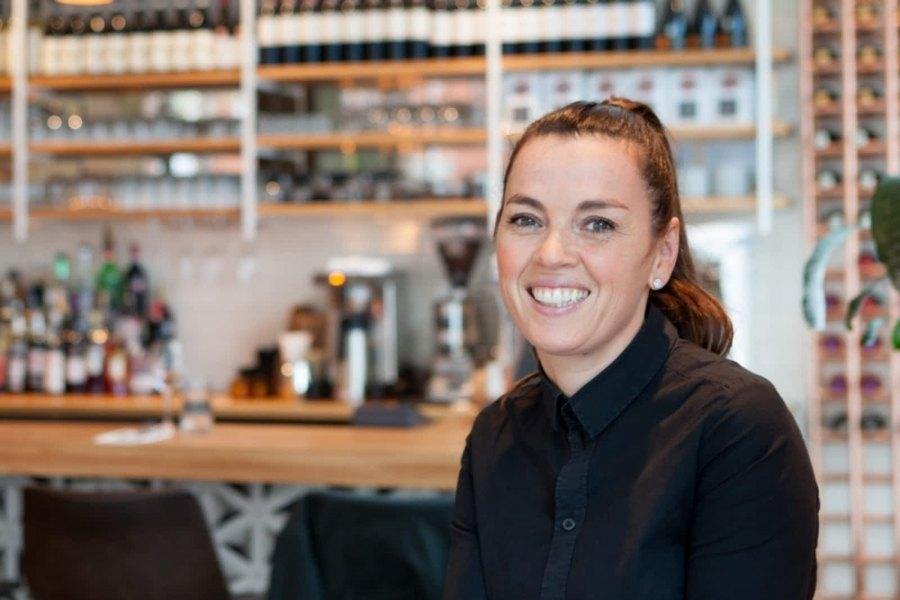 There is so much to say about this woman. Starting from a difficult childhood, she has built her path and network over the years to become the inspiring woman we know today. Speaker, radio host, communications pro, author, home chef, and above all sushi queen, these are just part of her affinities. Not only can you find many of her products in your favorite grocery store, but it is possible to live the experience at home with her in-home chef service. If you are from Montreal (Hochelaga), Blainville, or Quebec City, you can also experience a sushi counter at home.

Before writing this article, I knew that Montreal had several inspiring women in the restaurant business, but reading about each one inspired me to want to surpass myself. Hats off to the hard work of each of these women and all those I couldn't name who help make Montreal's culinary scene shine. 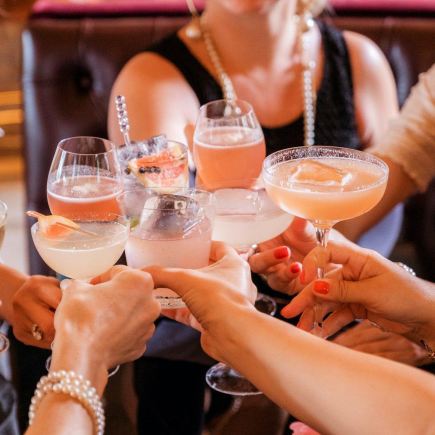 Best Spots for a Girls Night Out in Montreal 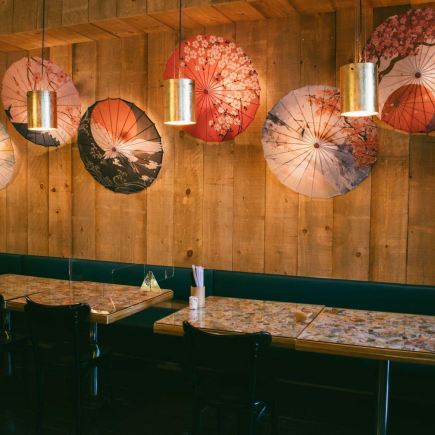 10 Delicious Izakayas to Discover in Montreal Where to Find Oysters for Less Than $2 in Montreal, the North Shore... 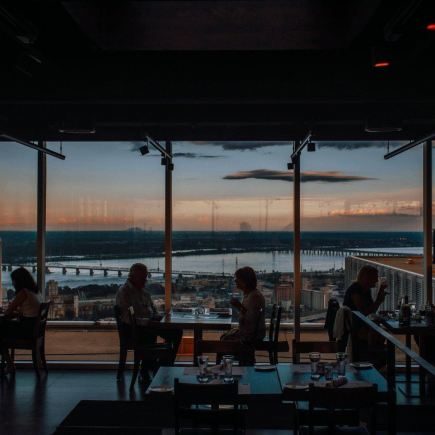 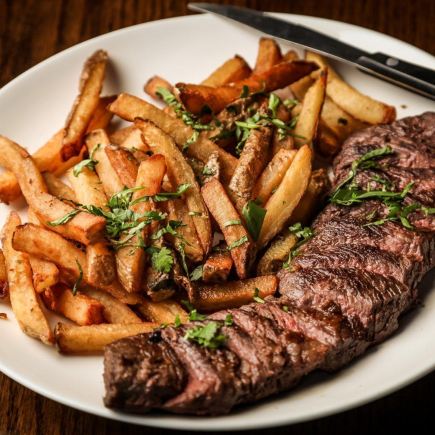 Bistro MM Station Culinaire: A Must in Blainville