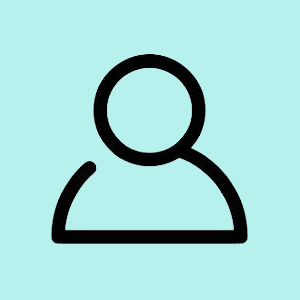 If you want good Portuguese food, go somewhere else. The fish cakes were cooked perfectly, but where was the fish??? Seemed like they forgot it. The piri-piri sauce they put on the table is unsanitary with its brushes sitting in the sauce that everyone has brushed directly on their food before you did. And the sauce didn't taste good, either (no wonder!).

I had a grilled chicken breast with goat cheese and vegetables. Sounds better than it actually was. The chicken and vegetables were dry . The goat cheese seemed like it had been sitting around unrefrigerated. All of it together was really terrible. My husband had the sardines, which were ok. But the accompaniment of rice and salad was below average. Overall, not a good meal. And the service was very bizarre!

My favorite neighbourhood restaurant since I moved into the area. I used to live in Mile-End and often went to La Croissanterie. The same owner opened this restaurant a few years ago in an attempt to gentrify the neighbourhood. Good job!

I usually go there for breakfast and have never been disappointed. Everything is nicely prepared and flavorful, the potatoes are really good. However, the last time the service was lacking a little in attentiveness. They also have the same selection of Croissanterie sandwiches, like la gondole, etc. Awesome!

I was curious about this place since it's not far from my house and I love Mexican style food. If I had to compare it to Carlos and Pepe's, it doesn't even come close! I was really disappointed with the food and couldn't believe this place actually gets business. Absolutely nothing special or flavorful. I'd rather have a hot dog and a poutine, and that says a lot since I only eat that sort of thing twice a year! The service was slow and inattentive, considering it was practically empty when I was there.

It's really a shame, I was excited to see that type of restaurant on a random corner in the neighbourhood, thinking it must have something good to offer if it can survive just on local traffic. I am very surprised at the other reviews. I usually agree when a restaurant deserves a good rating, but my mind is boggled on this one. Perhaps I didn't order the right thing? Chicken quesadillas, the simplest dish you can imagine and they managed to make it taste gross.

This place is better than your average Asian restaurant but I wouldn't call it fine dining either. If you want good tasting, fresh food at a reasonable price, this is the place to go. It's small and intimate and it feels like a real neighbourhood favorite.

The food is not authentic Thai. I would say it's more a fusion of different Asian styles, watered down for the North American palate. If you like to play it safe, this is a good bet. Almost everything we've tried has been good. However, the server warned against ordering the Pad Thai. Not a good sign if you're promoting it as a Thai restaurant. The service is great! Most efficient and friendly service I've had in a while.

Pretty standard menu, with items like smoked meat, burgers, brochettes, etc. We had the smoked meat and it was pretty good.

I've also had breafast there, which was decent. The dining room has a nice, clean ambiance and the servers are pleasant. Nothing to go out of your way for, but a nice break from the usual greasy spoons on Ontario street.

I come here when I'm in the mood for simple, greasy, fast food, sometimes at 4 a.m. Everything is pretty standard but I have to say that the grilled chicken club is quite good. For breakfast, I've had the sausages wrapped in crêpes with eggs on the side. If you order that, you don't need to eat for the rest of the day!

My only complaint is that the service and timing of the food is all over the place. Sometimes our server is pleasant and sometimes our food is cold. You never know what you're going to get. The management looks like they work their staff pretty hard and get their money's worth from their clientele. Perhaps it's having a negative effect on the dining room and the overall vibe.